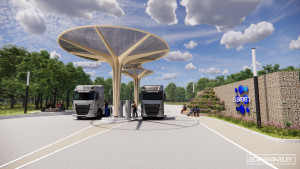 A Yorkshire planning and design consultancy has helped to secure final planning permission for the largest speculative warehouse development in the country.
Selby District Council has approved detailed plans for the first 1.1m sq ft of logistics space …

A ONE million square foot warehouse at Scotch Corner will cause substantial harm and industrialise the countryside, it was last night claimed as fear over the development grows.Councils in the area are calling for a public consultation and exhibition t… 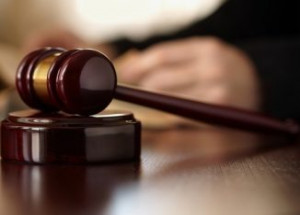 A lorry driver who was looking at dating websites on his phone whilst driving at 58mph has been jailed for eight years and ten months for causing a crash that killed three people. HGV driver Ion Nicu Onut was driving a 3.5 tonne Scania LGV, carr…

An “historical quirk” could see a controversial plan to build an expansive Motorway Service Area (MSA) over a designated Site of Importance for Nature Conservation approved.Richmondshire District Council officers said while Leeming Bar and Scotch Corne…

UPDATED 9.25AM: Traffic returned to normal, accident cleared on A1(M) Southbound between J45 A659 Wattlesyke (Boston Spa) and J44 A64 (York / Tadcaster). There was a broken down lorry within the queues that was blocking lanes one and two, but has since cleared.

UPDATED 8.35AM: All lanes have been re-opened. Travel time is around 35 minutes. A broken down lorry has been reported within the queues which is blocking two lanes.

A MAIN road is currently blocked one way.

The A1(M) in West Yorkshire is blocked Southbound with stationary traffic due to an overturned van between junction 45 the A659 Boston Spa turn off and junction 44, the A64 York[1]  and Tadcaster turning.

Traffic has been stationary since about 6.10am after a van has overturned in the middle of the motorway.

Drivers are being asked to avoid the area if at all possible.