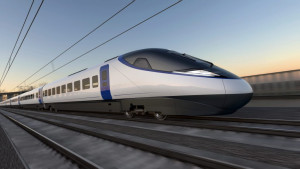 High Speed 2 (HS2) lacks mass public and political support because the project was not “well developed” or “well planned” before it was advanced, according to Infrastructure and Projects Authority chief executive Nick Smallwood. While giving evidence to the House of Lords Built Environment Committee, Smallwood was asked about the parliamentary process behind major infrastructure projects. He said that “well developed, well scoped, well prepared and well planned [projects] get good support, not surprisingly, from [government] departments and also from the public”.

He added that HS2 was the “standout” project where this was not the case. MPs and members of the House of Lords have repeatedly called for HS2 to be scaled back or cancelled altogether amid rising costs. The project has also been marred by protests from members of the public which have repeatedly blocked construction of the line. Smallwood suggested that “more time and effort” during the planning period could have garnered more support for the high speed rail project.

He added: “My experience is that you actually have to put more time and effort into the front end and you do front end loading, really spending the time and energy to be clear on what is the outcome that you need to achieve. “We’ve been guilty in the past of rushing to action and appearing to rush to action. Actually, given the fact that the planning cycles are in years, not months, it’s complex even with a hybrid bill.

We’ve had to go back with one of the joint venture partners in HS2 and it’s had five and a half thousand planning approvals just to get its temporary works done.” Official costs for completion of HS2 Phase One and 2a, set out in the Integrated Rail Plan, currently sit at GBP42.5bn, while the cost for the western leg of Phase 2b is GBP17bn. The HS2 East Core Network – the replacement for the original eastern leg of HS2 – sits at GBP12.8bn.

However in a report to parliament about the progress of HS2 in March 2022, then transport minister Andrew Stephenson revealed that HS2 Ltd was reporting GBP1.7bn net potential cost pressures, which had more than doubled from the GBP800M reported in January 2021. Since then, concerns over costs have been steadily growing. An internal review document by HS2 Ltd deputy chair Sir Jon Thompson leaked in October 2022 revealed that the cost of the mega project is heading towards “many billions more than the reported estimate”. It said that this is in part due to HS2 Ltd receiving “bids for money from contractors on a continual basis and significant and lengthy commercial discussions around them”. The four main contractors have asked for more money or time on the project 3,000 times since works started in September 2020, as revealed in a Freedom of Information request by NCE.

Lord Tony Berkeley, who served as the deputy chair of the government-ordered review into HS2, has also said that the overall cost of the scheme sits well above GBP150bn in today’s prices. However, a spokesperson for the Department for Transport (DfT) told NCE that there were “no plans” in place to cancel any parts of the project. Transport secretary Mark Harper has also revealed that the designs for Euston Station “can no longer be used” because of the decision to scale back the station from 11 platforms to 10.

That is despite GBP105M already being spent on drawing up plans for the terminus. Despite the ongoing cost concerns, work on the project has gathered pace during the past 12 months. In October of last year, contractors powered up a 140m-long 2,000t tunnel boring machine (TBM) to start its 8km journey through West London from West Ruislip to Greenford for HS2, marking the beginning of the project’s London tunneling. Outside of London, HS2 had already launched three TBMs, with two currently boring the Chiltern tunnels and another had completed the Long Itchingdon Wood tunnel.

In total there will be 10 TBMs on the HS2 project – working to create 102km of tunnel between London and the West Midlands including major tunnels on the approach to London and Birmingham.