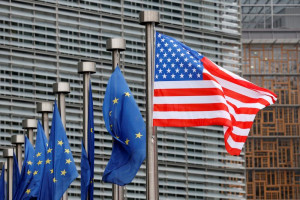 (Reuters) – The European Union should file a complaint with the World Trade Organization (WTO) in the next few months regarding the United States’ green energy subsidy package, the head of the European Parliament’s trade committee was reported as sayin… 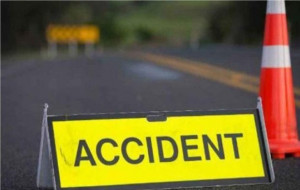 Four people were killed and nine were injured when a jeep carrying a marriage party collided with a truck in the Fatehpur Sikri area here on Saturday, police said.
The incident happened at Korai toll plaza on Agra-J… 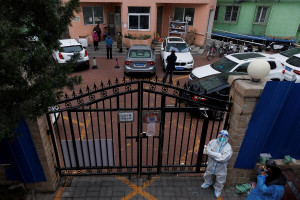 SHANGHAI – Beijing residents on Saturday cheered the removal of COVID-19 testing booths while Shenzhen said it would no longer require commuters to present test results to travel, as an easing of China’s virus curbs gathered pace.
Although daily cases … 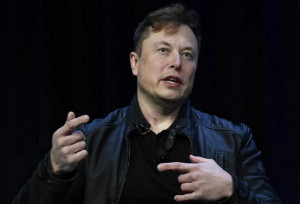 US automaker Tesla delivered its first electric truck, the Semi, built to tackle long journeys with the ride of a sports sedan, and with a view to revolutionizing the nascent market for battery-powered heavy-duty vehicles.
“It looks like it came from t…

A PKK’s local leader of Tel Tamer town in Syria’s northeast, Muhammed Nasır, has been neutralized by the National Intelligence Organization (MİT).

According to information obtained from security sources, Nasır, code-named K…

Watch the moment teen lifts truck off of dad 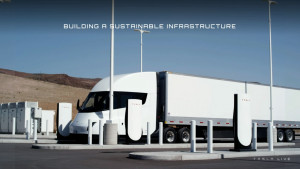 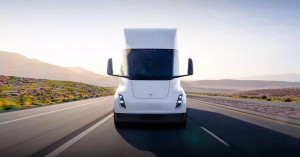 Around one fifth of global CO2 emissions comes from transport, and of that 29.4% from road haulage. In other words, over 6% of the world’s greenhouse gases are created by trucking. Passenger transport generates more, but it’s clear that decarbonizing the road freight sector would have a significant impact on climate change. This is why the delivery of the first all-electric Tesla Semi to a commercial customer – Pepsi – is such a huge deal. It will prove that batteries work for heavy cargo vehicles travelling long distances.

Lots of companies have been working on decarbonizing various sectors of trucking, with the infamous Nikola being the most high-profile example. In the UK, electric vans have been doing local deliveries for Amazon and DPD, and electric trucks have begun performing the last mile for bread company Warburtons. But many have assumed that batteries wouldn’t work for long-distance road freight, and an alternative like hydrogen would be essential. Elon Musk never did – of course – and has soldiered on with developing the Semi to prove the possibilities.

Whatever your feelings about Elon Musk in general, and in particular his behavior as the new proprietor of Twitter, he has eventually delivered on many of his promises about Tesla. The Model S made electric cars desirable rather than worthy, the Model 3 made them mainstream, and the Model Y looks set to be the bestselling EV of all time. Even FSD is finally in mass public beta, although its safety has come under considerable scrutiny after two fatal crashes were reported to the NHTSA in November.

When Tesla announced the Semi in 2017, Musk claimed a version with a 300-mile range would cost $150,000 and a 500-mile variant $180,000. PepsiCo was one of the first companies to sign on the dotted line, ordering 100 of the trucks. Now that order has finally been fulfilled, with the first vehicles being delivered. There is no public data on the actual price Pepsi has paid, and the Semi was originally due in 2019. But it has finally arrived, three years late, and before that had been undergoing assessment between Tesla’s factory in Sparks, Nevada and its one in Freemont, California.

Tesla has alleged that during these test runs its Semi managed 500 miles pulling a total capacity of 81,000lbs (36.7 metric tons), which is the vehicle’s maximum gross weight. The battery pack is 1,000kWh, so it is delivering half a mile per kWh. But considering this is a huge, heavy truck laden with cargo, the efficiency is very credible. One key development with the Semi is its drag coefficient, which is reportedly 0.36, where a typical truck will have a drag coefficient of up to 0.70. Putting this in perspective, a 2020 Porsche 911 has a drag coefficient of 0.33.

In 2021, the US grid produced 0.855lbs of CO2 per kWh, which is 388gCO2/kWh. If you charged the Semi on the average US grid and achieved half a mile per kWh, that is equivalent to 485gCO2 per km. A typical Class 8 Heavy Duty truck will do as little as 4mpg, which is over 800gCO2 per km, and of course, electric truck owners will aim to charge their vehicles from renewable energy sources, so the reality will be much cleaner for the Semi. European grids tend to have lower emissions than the US grid, and some countries such as Uruguay are already using almost entirely zero carbon electricity generation. The emissions story for the Semi will only get better as grids improve.

That’s going to go a long way to decarbonizing road haulage. But the Semi isn’t just about the environment. It also has the typical Tesla disruptive technological enhancements. Musk claims the truck takes 20 seconds to hit 60mph even when laden and just 5 seconds when the Semi cab is unattached to a trailer. He has also claimed that the Semi will include Autopilot, which could be a real gamechanger for long-distance cargo carrying. As already mentioned, the safety of Autopilot is subject to some controversy, but it should be an improvement on a half-asleep truck driver fiddling with their phone. The Semi also has ergonomic innovations, as you would expect from Tesla, including a central driving position, something also seen in Volta Trucks. There are of course touchscreens rather than conventional instrumentation (two 15in units, one on each side). These provide camera views to supplement physical mirrors, so reversing and low speed maneuvers should be safer.

Key to the Semi’s success, like Tesla’s passenger vehicles, will be the rollout of its charging network. The Semi will allegedly charge at 1MW (1,000kW, or four times faster than current V2 Tesla Superchargers), and Tesla is aiming to provide a 1MW “Megacharger” network for its trucks. That’s going to be the maximum, not the average across the charging curve, but Tesla claims the Semi can replenish 70% of its range (350 miles) in half an hour. Since truck drivers must take 30-minute breaks every six hours in the USA, and probably won’t be travelling over 70mph, range won’t be an issue, because that is going to be less than 350 miles in six hours. Tesla also plans to install solar power at its Megacharger locations, keeping emissions as close to zero as possible.

Proof of the pudding will be how Pepsi gets on with its Semis, and we will have to wait and see on that front. This is likely to be quite closely guarded, as a positive message will be important for both companies. But assuming that the Semi lives up to its Tesla trials, this will be a defining moment for decarbonizing road haulage. More than one manufacturer has claimed you would need hydrogen for this application, but Tesla is now proving that you don’t. Batteries will do the job very well indeed.

(RTTNews) – The major European markets wound up mixed and little changed on Friday, shrugging off early profit taking after the markets hit six-month trading highs a day earlier.
The markets got a lift from eagerly awaited employment data from the Unit…

Watch the moment teen lifts truck off of dad 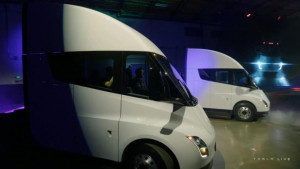