‘We have to make sure that, even if we are using the institutional mechanisms of the trade deal, we have to build and grow that direct relationship with the EU. We have been doing that because our interests are best served by having that positive relationship and making our case direct to them,’ Senator Gorst said.

And in today’s Weekend Essay, former Bailiff, ex-External Relations Minister and constitutional law expert Sir Philip Bailhache argues that the recent fishing dispute is evidence of the ‘lamentable’ state of the relationship with Jersey’s nearest neighbours.

‘This sorry interlude is more evidence, if any were needed, of the desirability of Jersey taking greater responsibility for the conduct of its own foreign affairs,’ he said. ‘The current nonsense of communications from Normandy being sent to Paris for transmission to Brussels and then to London before arriving in St Helier is almost designed to create misunderstandings.’

He added: ‘This is a regional issue and disagreement and should be resolved locally. Neither London nor Paris, and certainly not Brussels, has any real interest in fishing in the Bay of Granville, other than, perhaps, as a proxy battle in the context of Brexit.’

Senator Gorst said that the licensing disagreement – which resulted in the recent blockade of the Harbour by French fishermen – had effectively brought Jersey into a larger argument about Brexit in the minds of some in France, and he highlighted the wider context of the disagreement.

‘The UK have given us their full support but we in St Helier have to be mindful that the UK has its own issues with fishing and the French, and so we’ve got to be very, very careful. It seems strange for a Jersey minister to be saying that our best ally in this is the EU but I think it is because the UK has potentially got issues with France, fishing and the EU, and they want one outcome to that,’ he said.

With technical negotiations between officials from Jersey, the UK, France and the EU scheduled for next week, Senator Gorst said that one of the advantages which Jersey had was its size, which gave it the ability to adopt a ‘more personal approach’ to try to resolve some of the issues around the historic rights of French fishermen.

He rejected comments by French maritime minister Annick Girardin – who has criticised the Jersey government for speaking directly to French fishermen – arguing instead that by working together they could deal with some of the issues associated with providing evidence of French entitlement to fish in local waters.

He said: ‘I don’t think it’s helpful at all to say that we shouldn’t communicate directly with fishermen. That wasn’t envisaged in the trade agreement, I accept that. But I do think there is value in it because we may be able to work through with individual fishermen’s licences and solve these problems on an individual, boat by boat, basis.

He added that he was disappointed that relations with politicians in Normandy, who have closed the Maison de Normandie in St Helier, had been adversely affected by the disagreement and he described a continuing dialogue as ‘part of the key to the answer’.

In a bid to defuse the current dispute, the Jersey government has extended the previous amnesty for French boats by a further two months but Senator Gorst said that negotiations were likely to become more complicated when the new licensing scheme was applied to smaller boats, which form the bulk of the local French fishing fleet.

He declined to commit himself on whether he would support any further extension of that deadline by the Environment Minister but rejected the suggestion that it should extend to the end of September with a reversion to the approach of the Granville Bay agreement, as suggested by Mme Girardin.

lSenator Gorst is the subject of today’s Saturday interview on pages 10 and 11.

The global “Road Haulage Market” research report insight provides the crucial projections of the market. It also serves a correct calculation regarding the futuristic development depending on the past data and present situation of Road Haulage industry… 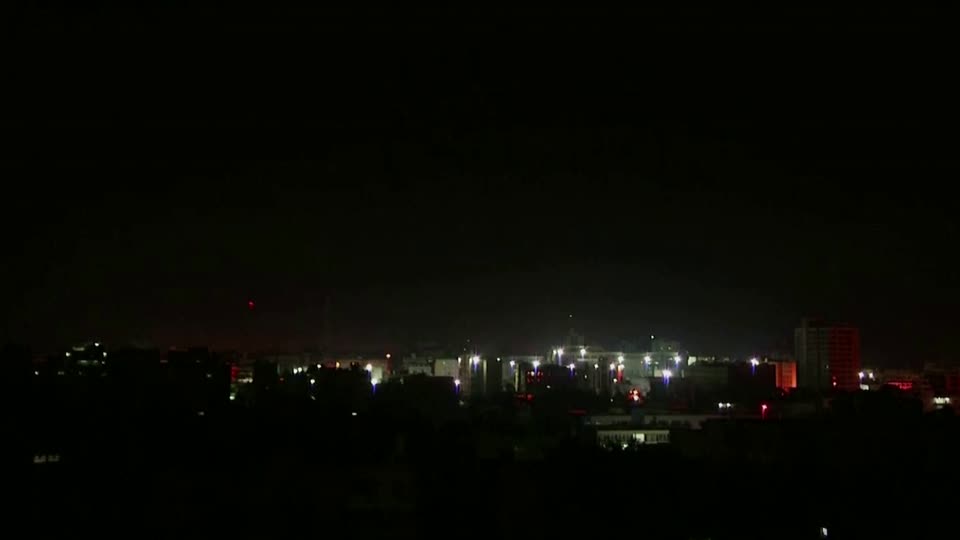 Iran has played a key role in helping the militant Palestinian group Hamas to develop the deadly weapons arsenal that has allowed it to hit targets deep inside Israel, according to Western intelligence officials. Senior Hamas commanders are believed to have made regular visits to Iran, where they have undergone training in the production and operation of sophisticated weapons systems, as well as inspecting rocket production facilities controlled by the Islamic Revolutionary Guard Corps (IRGC). The IRGC’s elite Quds Force – which translates as ‘Jerusalem Force’ – has responsibility for Iran’s dealings with Hamas. Qassim Soleimani, the unit’s late commander, took personal charge of overseeing Hamas’s arms build-up until he was killed in a drone strike authorised by Donald Trump, the former US president, last January. Intelligence officials believe the technological assistance provided by Iran, which includes detailed advice on setting up Hamas’s own production infrastructure in Gaza, has resulted in a significant improvement in the terrorist organisation’s ability to strike targets deep within Israel. In the past few days Hamas rockets have struck major Israeli cities and towns such as Tel Aviv and Lod, and enabled Hamas to focus on particular targets, such as the country’s main Ben Gurion airport, prompting a number of major airline carriers to cancel flights as a security precaution.

Advocates, experts and opposition MPs say correspondence showing close communication between the federal Transport Department and the Canadian Transportation Agency around passenger refunds throws into question the independence of the CTA, an arm’s-len…

OTTAWA — Advocates, experts and opposition MPs say correspondence showing close communication between the federal Transport Department and the Canadian Transportation Agency around passenger refunds throws into question the independence of the CTA, an …