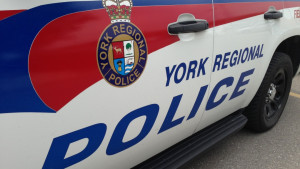 A pedestrian has life-altering injuries after she was struck by a transport truck in Vaughan that fled the scene following the incident Thursday morning, police say. York Regional Police said it happened in the area of Highway 7 and Highway 27 at approximately 6:15 a.m. The adult female pedestrian was transported to hospital with serious and life-altering injuries, police told CTV News Toronto.

Initially, police reported that the transport truck remained on scene following the collision. However, in an email to CTV News Toronto, police confirmed that the truck fled the scene. “We are appealing for any witnesses that were in the area around 6:13 a.m. to 6:20 a.m. and anyone with dashcam video to look at it and contact YRP,” a YRP spokesperson said.

The intersection has been closed off while an investigation gets underway, police said.

Collision With Road Closure (UPDATE):
– Collision occurred at approximately 6:15am
– Transport truck involved in the collision failed to remain at the scene
– Trucks within the collision site are not directly involved
– YRP is appealing for witnesses and dash cam footage