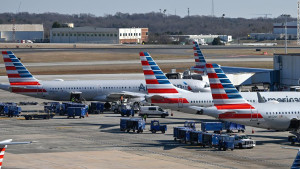 Cause of outage under investigation

The FAA said late Wednesday that it is continuing to investigate the outage.

“Our preliminary work has traced the outage to a damaged database file,” the agency said in a statement. “At this time, there is no evidence of a cyberattack.” Earlier, Transportation Secretary Pete Buttigieg also said there was no evidence of cyberattack, although at the time he also wouldn’t rule it out. “There’s been no direct evidence or indication of that but we are also not going rule that out until we have a clear and better understanding of what’s taken place,” Buttigieg said midday Wednesday in an interview with CNN’s Kate Bolduan.

The 90-minute ground stop of flights across the United States Wednesday morning was implemented out of an “abundance of caution.” Buttigieg said that there were “irregularities” overnight in the safety messages that were going out to pilots that reflected a larger issue. Buttigieg, who has been hard on airlines over their staffing and technology issues in the last year, said the Transportation Department and Federal Aviation Administration would “own” responsibility for their failures. “No, these kinds of disruptions should not happen and my primary interest now that we’ve gotten through the immediate disruptions of the morning is understanding exactly how this was possible and exactly what steps are needed to make sure it doesn’t happen again,” Buttigieg said.