Amazon shutting 3 UK warehouses including one in Yorkshire 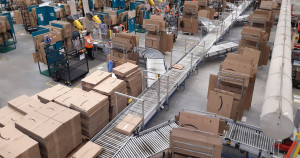 Amazon’s warehouse in Doncaster is at risk of closure after the online giant announced plans to shut three sites across the UK. A consultation process is currently underway which will look at whether the firm’s sites in Hemel Hempstead, Doncaster and Gourock, which is in the west of Scotland, should continue to operate. It is understood that all workers at the affected sites would be offered roles at other Amazon locations.

Around 500 employees currently work at Amazon’s Hemel Hempstead site, and will all be offered roles at its nearby Dunstable warehouse or other nearby locations. The consultations will involve around 400 staff at its Doncaster site in Balby Carr Bank, who the company plans to transfer to its two other fulfilment centres at Doncaster’s iPort. Read more:Unknown passport rule which could stop Brits travelling to Europe

The proposals will also affect around 300 workers currently based at the Gourock site. Plans for two new major fulfilment centres in Peddimore, West Midlands, and Stockton-on-Tees, County Durham, have also been revealed which will create 2,500 jobs over the next three years. A spokesman for the company said: “We’re always evaluating our network to make sure it fits our business needs and to improve the experience for our employees and customers.

As part of that effort, we may close older sites, enhance existing facilities or open new sites, and we’ve launched a consultation on the proposed closure of three fulfilment centres in 2023. “We also plan to open two new fulfilment centres creating 2,500 new jobs over the next three years. All employees affected by site closure consultations will be offered the opportunity to transfer to other facilities and we remain committed to our customers, employees and communities across the UK.”

It comes after reports that more than 18,000 Amazon employees are at risk of losing their jobs globally as part of plans to cut down costs. Bosses blamed the decision on an “uncertain economy” and said roles that will be affected the most include those across its stores, such as Amazon Fresh and Amazon Go, as well as its human resources division.