Strikes flare in Europe as cost of living spirals 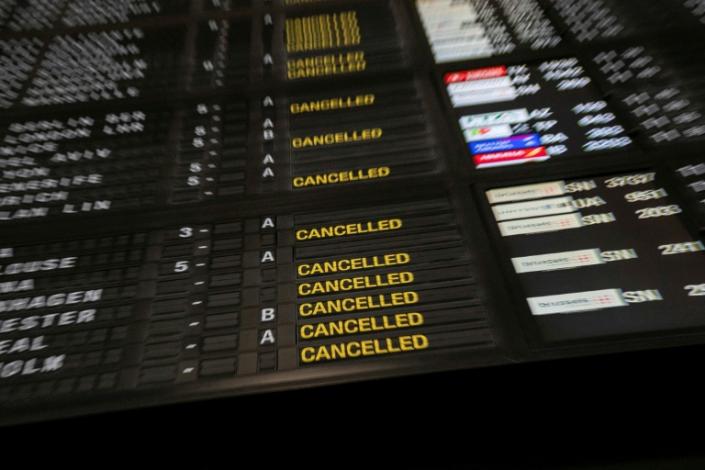 European workers squeezed by the soaring cost of living went on strike in Belgium and Greece on Wednesday, with stoppages threatening to paralyse parts of Britain, France and Spain in coming days. Spreading industrial unrest poses a problem for governments which are already spending billions trying to blunt the worst effects of rising prices, at least for the most vulnerable. Europe is acutely affected by the fall-out of the war in Ukraine, which is exacerbating a global energy crisis, inflation and a scarcity of some food products.

The onset of winter, when energy bills spike, and repeated predictions of a looming, continent-wide recession are souring the labour mood even further. Belgium and Greece saw general strikes on Wednesday, disrupting transport in their respective capitals, impacting businesses. In Brussels, home to the European Commission and other EU institutions, workers were protesting inflation running higher than 12 percent — well above the 10.7 percent average across the eurozone.

The country’s biggest union, the FGTB, is demanding greater leeway to negotiate pay rises. But the Belgian government counters that Belgian salaries are already indexed to inflation — an arrangement not seen in most other countries. The strike cut train services by 75 percent and closed the airport in the southern city of Charleroi, the main hub in the country for Europe’s leading airline Ryanair.

– Strikes in Britain and France –

In Greece, ferries serving its many islands were among the transport lines halted by a general strike, the second to hit the country since September.

Greek unions are insisting on salary rises to cope with inflation which nationally has risen to 12 percent. “The cost of living is untenable,” read a large poster for the country’s biggest union, the GSEE, calling for “social protection for all”. 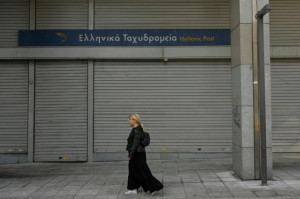 Stoppages were to be felt on Thursday in Britain and France, with the underground urban rail networks and busses in London and Paris to be severely affected.
Story continues

A French union leader, Celine Verzeletti of the CGT confederation, predicted up to 200 “demonstration points”, roughly the same as the last national strike in France, on October 18, when more than 100,000 people protested. France is not as badly affected by inflation as its European peers, as the state holds stakes in the main energy companies and has minimised how far energy bills can rise. Inflation in France is just over six percent — better than elsewhere — but with economic activity across the eurozone nosediving, hatches are being battened for what looks like a period of stagflation.

In Britain, where inflation is above 10 percent, worker protests over not being able to make ends meet are coming to a crescendo. The Bank of England predicts the country is headed for a two-year recession, even though it was forced to hike interest rates, making it even tougher for UK households.

On top of Thursday’s stoppage in London’s Underground, British nurses are to hold the first strike in the 106-year history of their RCN union at a date yet to be announced. Late next week, hundreds of workers at Heathrow airport are to down tools for three days, between November 18 and 21, to demand better pay.

Their action could force the cancellation of flights to Qatar, which is to host the World Cup football tournament that kicks off on November 20. British dockers, university staff, postal employees and the legal profession have all held, or threaten to continue strikes over pay eaten away by inflation. In Spain, truck drivers have called an indefinite strike from next Monday.

Their last stoppage, in March, led to empty supermarket shelves. With labour protests mounting, the EU is looking at ways to take some of the sting out of energy prices. The European Commission and member states are working on proposals to promote the joint purchase of gas and possibly impose a mechanism to cap the price of wholesale gas within the EU.

Details are not expected to be finalised until late this month, but the steps — and unseasonably warm weather last month — contributed to a fall in gas prices, though they are expected to rise again as winter bites.

The head of the European Central Bank, Christine Lagarde, said last week a “mild” eurozone recession looked likely — but warned it would not be enough to bring down record-high inflation.