Stocks, US Futures Are Steady Before Fed Minutes: Markets Wrap 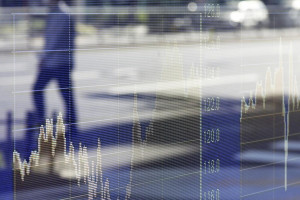 (Bloomberg) -- European stocks and US equity futures were steady as investors awaited the release of policy minutes from the Federal Reserve's latest meeting for insights on the path of rate hikes. Most Read from Bloomberg The Stoxx Europe 600 held near a three-month high, as basic resources and energy stocks gained.

Credit Suisse Group AG dropped after warning of a fourth-quarter loss. Contracts on the S&P 500 edged higher after the underlying gauge closed at its highest level since Mid-September on Tuesday. Nasdaq 100 futures were little changed.

An index of Asian shares rose. Attention is focused on the release later of minutes from the Fed's Nov.

1-2 gathering. The publication will be studied to see how united policymakers were over a higher peak for interest rates than previously signaled in their fight against inflation as investors assess how aggressively the Fed will move when it meets next month.

"Since the meeting, the market has swung in its anticipation of what could happen in December, and this week's minutes could help to confirm the Fed's intent," said economists at Rand Merchant Bank in Johannesburg. "The risk to the markets from the minutes is that they appear less hawkish than expected, which could drive an unwind of some of the rate-hike risk repricing we saw at the end of last week." A dollar gauge declined, with the euro and New Zealand's currency the strongest performers among the greenback's Group-of-10 counterparts. New Zealand's government bond yields also climbed, driven by the country's central bank raising interest rates 75 basis points.

The yield on 10-year US Treasuries climbed one basis point. Story continues In Asian trading, Hong Kong tech shares seesawed before consolidating their advance as investors weighed the implications of a report that Ant Group Co. faces a fine of more than £1 billion from China's central bank.

The news triggered speculation that this could mark a potential end point of the government's clampdown on tech and may allow Alibaba Group Holding Ltd. to rekindle efforts to list Ant shares Bitcoin held recent gains after rising as much as 4.2% Tuesday to lift the digital asset from its lowest price since November 2020. Oil steadied as traders awaited further details of a plan to cap Russian crude prices and assessed the outlook for demand in Covid-hit China.

US manufacturing data fell below forecasts, confirming the peak inflation narrative. San Francisco Fed President Mary Daly has said that officials need to be mindful of the lags in the transmission of policy changes, while her Cleveland counterpart Loretta Mester said she's open to moderating the size of rate hikes. "We think the Fed leadership wants to get off the 75-basis-point-a-meeting hamster wheel even though it is finding it hard to do so while maintaining control of financial conditions," Evercore ISI's Krishna Guha wrote in a note. "We think the Fed is still heading for a 'hawkish slowing.' And, for us at least, the slowing part is what matters."

Some of the main moves in markets: Stocks

This story was produced with the assistance of Bloomberg Automation.