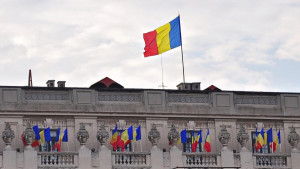 A truck carrying 26 migrants from Syria and Turkey containing canisters of hydrochloric acid has been caught trying to enter the Schengen area, Romanian border police said on Wednesday, November 23.

In this regard, the border police of Arad added that the truck was transporting chemical substances on the Turkey-Germany road, SchengenVisaInfo.com reports. During the check, the Police found the foreign nationals hiding inside the semi-trailer. As a result, the Police explained that the truck had a broken seal during a routine check at the border crossing point.

In addition, the preliminary investigations showed that the truck was being driven by a Turkish citizen together with 25 immigrants who were Syrian and one Turkish. Recently, Romania has become an important transit point for immigrants. However, the same aims to join the European area without borders within the year, and as a result, it has tightened up controls at its borders in the bid to prove it can protect the external borders of the Schengen Zone from migrants and smugglers.

Last month, EU MEPs urged the Member States to allow Bulgaria and Romania to become new members of the Schengen area as soon as possible. The MEPs emphasised that such a decision must be approved by the Council by the end of this year, also asserting that this should ensure the removal of controls at all internal borders for these two Balkan countries at the beginning of next year. Later, through a statement issued on October 16, the EU Commission restated that Romania, Bulgaria, and Croatia are ready to become full members of the Schengen Area, calling again on the Council to decide on this issue without further delay.

According to the Commission, the three countries above have given their best for the excellent functioning of the Schengen area for three years, and allowing them to become part of Schengen is an expected decision. The EU Commission also added that as far as Romania is concerned, the country has well managed its borders, while it has also prioritised the fight against illegal migration and human trafficking. Amongst other cases, in July, the border police of Moldova stopped a citizen of the Russian Federation who tried to cross the Moldovan-Romanian border using a fake Schengen visa.

The Police discovered that a multi-entry Schengen visa was attached to one of the pages of the travel document.

As a result, the Kuwaiti Police verified that the visa sticker did not have all the security features.

The government subsequently revealed that the visa was not issued by the French Embassy in Moscow and was instead forged.