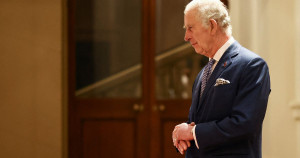 The King will reportedly spend Christmas Day at Sandringham this year following the death of the late Queen earlier his year, according to Buckingham Palace. King Charles will travel to the private Norfolk estate, the same place where his mother, Queen Elizabeth II, traditionally hosted her family over the festive season. During the Covid pandemic, she spent Christmas at Windsor Castle two years in a row - the first with the Duke of Edinburgh, separated from her family.

It comes after it was announced that the King will be gifting Christmas trees across the country to keep with the kindhearted spirit of the season. Throughout his mother's reign, Queen Elizabeth would gift Christmas trees from her Windsor Crown Estate - a tradition that was started by her father King George VI. Read more: PrettyLittleThing launch GBP24 dupe of Princess Diana's revenge dress featured in The Crown

It is understood that King Charles will gift Christmas trees to Westminster Abbey, St Paul's Cathedral, St. Giles' Cathedral, and the Canongate Kirk in Edinburgh. The king will also likely donate trees to churches and schools in the Sandringham area like his mother did.

Windsor Castle has also been getting ready to enjoy the festive season after putting up a 20ft Christmas tree which was felled from Windsor Great Park. The tree has been bedazzled with red and blue bluebells and fairy lights. Traditionally the royal family begin their Christmas Day by attending church.

After this, Charles is expected to deliver his first Christmas broadcast to the nation.