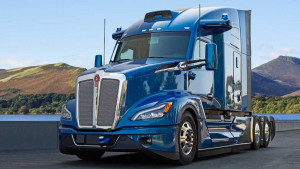 The platform features new control interfaces, and redundant braking, steering, and power systems to achieve the requirements needed for reliable and safe self-driving operations. The Aurora Driver consists of sensors that perceive the world, software that plans a safe path through it, and a computer that powers and integrates the sensors and software with the truck, allowing the Aurora Driver to drive safely in autonomy on the road. The sensors on the T680 Next Gen include Aurora's FirstLight Lidar, imaging radar, and high-resolution cameras.

These sensors work together to build a 3D representation of the world, giving the Aurora Driver a nearly 360-degree view of its surroundings in real-time.