Could Manistee harbor be part of proposed green shipping corridor? 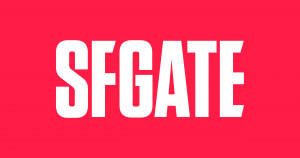 The United States and Canada are looking to establish a green shipping corridor between the Great Lakes and St. Lawrence Seaway. The joint U.S. and Canadian initiative aims to lower emissions within the commercial shipping route, according to an announcement at a United Nations climate gathering in November.

Green shipping corridors are maritime routes that utilize “low- and zero-emission fuels and technologies, to achieve zero greenhouse gas emissions across all aspects of the corridor,” according to the U.S. Department of State website.

“The United States envisions green shipping corridors as maritime routes that showcase low- and zero-emission lifecycle fuels and technologies with the ambition to achieve zero greenhouse gas emissions across all aspects of the corridor in support of sectorwide decarbonization no later than 2050,” states part of an April 11 state department press release. The announcement noted that the state department, U.S.

Department of Transportation and Transport Canada were collaborating with various stakeholders including state, provincial, local and tribal governments. “Through the Great Lakes – St. Lawrence Seaway System Green Shipping Corridor Network Initiative, Canada and the United States will work with industry to help facilitate the establishment of green corridors throughout the region, including by convening stakeholders and contributing to assessments and analyses relating to alternative fuels and power options within the system,” states a part of the Nov.

7 announcement. More than 110 ports can be found along the Great Lakes-St. Lawrence Seaway system, which extends over 2,000 miles from the Atlantic into the Midwest.

Over 200 million tons of cargo travel on the waterway each year, according to the announcement. In Manistee, the U.S. Army Corps of Engineers found that roughly 421,000 tons of material passed through the harbor in 2020.

Greenhouse gas emissions from the shipping sector are “significant and rising” according to the U.S. Department of State website.

Ships release about 1 billion metric tons of carbon dioxide into the atmosphere each year, according to an International Maritime Organization report from June.  By 2050, the state department projects this output to increase by up to 50% from 2018 levels. The state department lists a number of steps that can be made to implement the green corridor plan.

Elements of this implementation process could include adoption of the following items: