By Hope Smith For Dailymail.Com

Sixteen teenage hockey players were injured in a bus crash over the weekend when a semi-truck ran a red light and slammed into them, causing the bus to flip.

The group of hockey players from Saint Ignatius College Prep in Chicago was traveling for a hockey tournament in Indiana at the time of the crash.

The driver of the semi-truck, Victor Santos, 58, of Brooklyn, New York, was arrested and is currently facing charges related to DUI after failing a field-sobriety test administered at the scene.

Most of the students involved in the accident were just 15 years old. 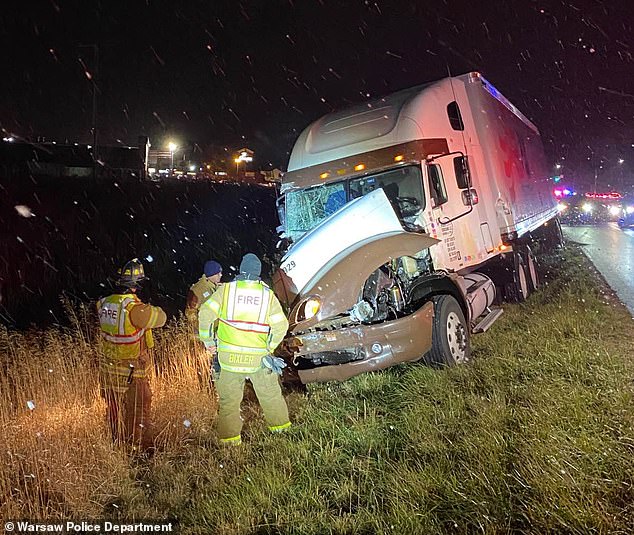 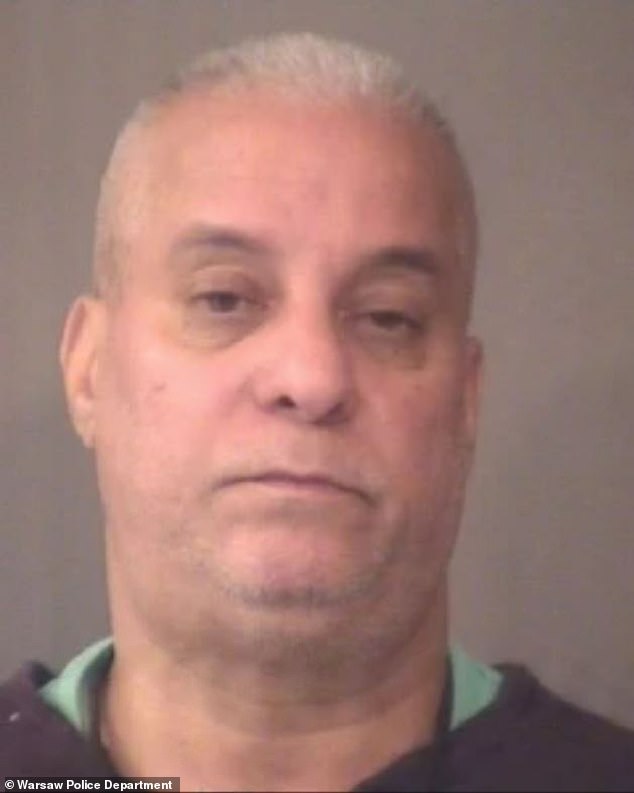 Victor Santos of Brooklyn, New York, was arrested after the incident and is facing DUI charges

Law enforcement first received reports of a vehicle driving erratically, both speeding and swerving into other lanes, around 8pm on U.S.

As officers responded to the scene, additional calls came in reporting that the truck had hit another vehicle, a school bus, and that the impacted vehicle was on its side, Warsaw Police said in a Facebook post.

‘Multiple first responders converged on the intersection as it was quickly determined to have multiple injuries to youth,’ the post read.

A total of 23 students were on the bus Saturday evening when the collision occurred. Sixteen of those players were injured in the incident.

One student was ejected from the bus and three were in critical condition and required surgery. As of Monday afternoon, two students remain in the hospital and will be there for at least three more days according to WGN.

When asked to take a chemical sobriety test following the collision, Santos refused, police said. Officers had detected a strong scent of alcohol and had slurred speech prior to the initial field sobriety test, which the New York man failed.

Following the collision, the school released a statement thanking the public for their thoughts and prayers.

‘The Saint Ignatius Wolfpack Hockey Club says, “we will get through this together.” Our thoughts, prayers, and heartfelt concern are with them,’ school officials said in a statement.

Ignatius College Prep president told ABC7 Monday. “They’re stable but they will have challenges ahead for healing.’

Varsity hockey coach Spencer Montgomery, who was not present at the time of the incident, also thanked the public and members of the Saint Ignatius community Monday.

‘We are thankful and grateful for the hockey community, and looking forward to better days ahead. Please keep our boys in your thoughts,’ he said. 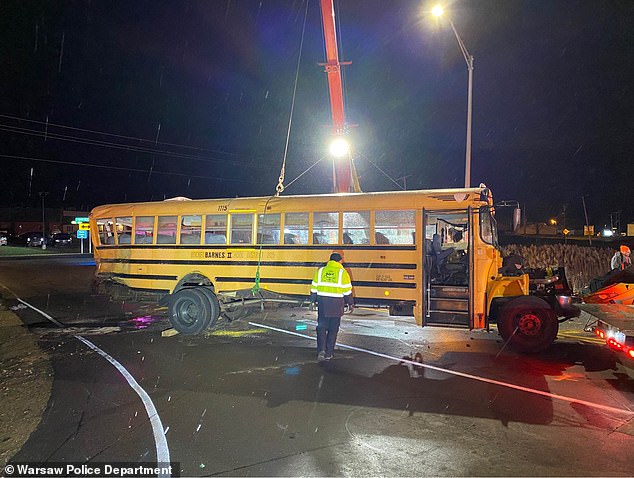 The varsity coach also shouted out the quick actions of the coaches who were present and who ensured that the students were accounted for and tended to.

On Monday, a mass was held in honor of the JV players who were involved in the crash.

‘There is definitely tears.

They’re worried about their teammates that are still in the hospital. That’s their primary concern,’ said Montgomery.

‘The first emotion is really shock. It’s an unbelievably scary moment, especially for 14 to 17 years old to experience that,’ Montgomery continued. 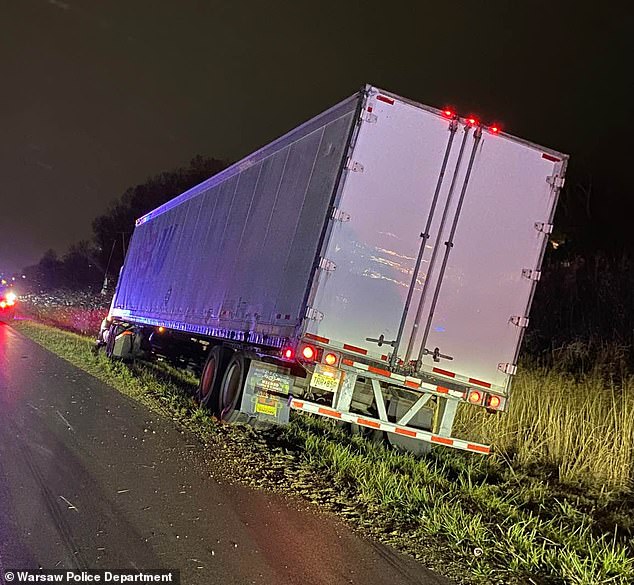 The truck skidded off the roadway after slamming into the school bus in Warsaw, Indiana

The team also got a message of support from Chicago’s National Hockey League team, the Blackhawks, Monday.

Team coach Luke Richardson started his press conference before the game against the Carolina Hurricanes by wishing the team a speedy recovery.

‘I just want to first acknowledge the accident with St.

Ignatius school’s team. We share the rink with them and they’re in our community and we just want to let the know that we’re thinking of them and hopefully full recoveries soon,’ said Richardson.

The coach said that hockey is a ‘close community’ and that they will show their support in any and all ways possible.

We send our thoughts and prayers to the Saint Ignatius College Prep’s hockey team, their coaches and their families after the team was involved in a serious bus accident last night. Please join us in keeping them in your thoughts.

‘We support the good times but definitely the trying times like this, and show we’re part of the community and we’re there for them.

It’s a fast world out there right now, things happen quick, especially on the road, so we’ve all got to be just aware of that,’ Richardson continued.

As of Sunday evening, the Warsaw Police Department said that the matter is still under investigation and additional charges against Santos could be brought.

‘This is still an active investigation and additional charges may be added or enhanced based on the outcome,’ the law enforcement agency said.