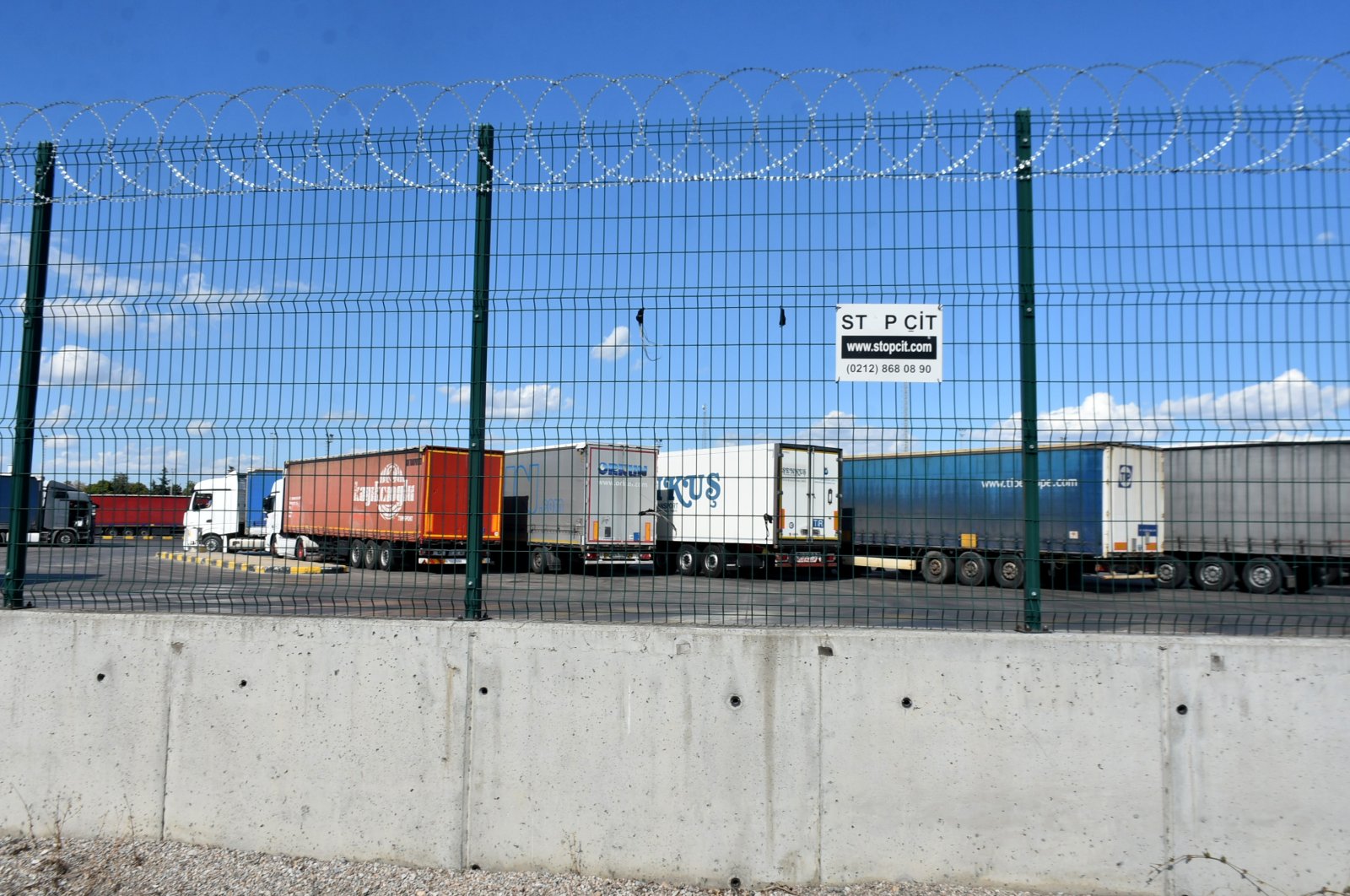 As Turkiye strives to secure its eastern borders against incoming illegal migrants from Asia, it faces another struggle in the northwest. In Edirne, the busiest province for those seeking to cross into Europe, trucks carrying exports are viewed as favorable vehicles for stowaways. Drivers often find illegal migrants secretly entering the back of trucks when they stop at rest stops, thus making their way into European Union countries.

The governorate of the border city recently instructed local businesses serving truck drivers to take extra measures against migrants. Rest stops where drivers park their vehicles before heading to Europe are now encircled by high fences with barbed wire on top, while each is required to keep security cameras on 24/7. Some also hired extra staff to keep an eye out for stowaways.

Rest stops in the region hailed the measures and said they were planning to do more against illegal migration, a headache for businesses that can face the charges of aiding illegal migration. Ismail Demirtas, who runs a rest stop in the province, says they placed barbed wire on the iron fences following the governorate's requirement and hired two more security guards to help two others they already employed. "We also installed security cameras and more lighting. We made sure nobody outside truck drivers enter here," he told Demiroren News Agency (DHA) on Monday.

Firat Bulut, another rest stop owner, says their security guards are patrolling the premises to stop illegal migrants, covering an area where some 400 trucks stop over. "Drivers can now leave their trucks safely," he said. Gazi Odabas, a driver, said they were relieved to see more measures. "(Illegal migrants) used to cut holes to get into the back of the truck. Now they cannot do it if you are at a rest stop.

But the problem persists when you stop near the side of the road, outside rest stops," he complained.

Huseyin Ciftci, another driver, said the "risk was lower" but the stowaway problem did not disappear in its entirety. "For instance, rest stops put barbed wire on iron fences but this time, some people cut the lower parts of the fences and snuck in.

I still check my truck before heading to the border if there are stowaways," he said.