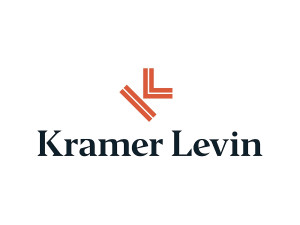 The European Court of Justice (ECJ) issued a judgment on June 22, 2022 (C-267/20), regarding an action for damages, based on Directive 2014/104/EU (Directive), seeking compensation for the damage caused by the truck cartel. This action for damages follows a European Commission decision of July 19, 2016 (AT.39824), that sanctioned several truck manufacturers for participating in a truck pricing cartel from 1997 to 2011. One of the truck purchasers, a victim of the cartel, obtained compensation for his damages before the Spanish courts, arguing that the five-year limitation period provided for in Spanish law, transposing the relevant provisions of the Directive, was in force at the time the action was brought and therefore applicable in this case.

To the contrary, the defendants argued that the Directive was not applicable to the dispute, as it was not in force at the time of the commission of the cartel, which ended in 2011. Through three preliminary questions, the ECJ sought to clarify the temporal application of the provisions of the Directive relating to the limitation period for actions for damages (Article 10) and to the assessment of the damage caused by an anticompetitive agreement (Article 17). On the question of the statute of limitations, the ECJ considers that “Article 10 of Directive 2014/104 must be interpreted as constituting a substantive provision” and not a procedural one, which excludes a retroactive application of national provisions transposing this article.

In addition, the ECJ stated that the starting point of the limitation period (i.e. the date on which the claimant could reasonably be considered to know elements necessary for bringing an action for damages) was to be set, in this case, at the date of publication of the summary of the decision in the Official Journal, which is therefore later than the date of publication of the press release relating to the decision, which is generally less detailed and not available in all official languages of the European Union.  Therefore, in so far as the “limitation period for bringing that action under the old rules had not elapsed before the date of expiry of the time limit for transposition of the Directive” and the action “was brought after the entry into force of the provisions transposing it into national law“, the ECJ held that the transposition of provisions relating to the limitation period ratione temporis could be applied (i.e. a five-year limitation period under the Directive instead of one year under the old national law).  The interpretation of the starting point of the limitation period could be nuanced depending on the infringement in question, in particular, abuses of dominant positions or vertical agreements, which by definition are much less hidden than horizontal agreements.

In theory, the victims of such practices could potentially bring an action before they are aware of a conviction decision. With regard to Article 17(1) of the Directive, which is intended to ensure the effectiveness of actions for damages in which it would be very difficult to quantify the exact amount of the loss suffered, the ECJ recognizes that it is a procedural provision, which is intended to be applied on the date on which it enters into force in national law. It is therefore applicable to action brought after the entry into force of the provisions transposing it into national law.

Conversely, Article 17(2), which establishes a rebuttable presumption of damage caused by an infringement committed in the context of a cartel, must be interpreted as constituting a substantive provision. Consequently, that provision is not applicable to that action which, although brought after the entry into force of the provisions transposing that directive into national law at a late stage, relates to an infringement of competition law, which ended before the expiry of the period for transposing it. With this decision, the ECJ continues to provide the keys for the interpretation of the Directive that would be useful to plaintiffs and courts facing an action brought after the transposition of the Directive into national law, but for practices that occurred before the publication of the Directive.

On this subject, read our contribution in The Legal 500 Country Comparative Guide Competition Litigation.