o    Rivian gets certification for Canada. o    The approval comes after an initial refusal by Transport last week. o    The company expects to start delivering its first models to Canada shortly.

Rivian encountered a speed bump last week as it sought, but failed to obtain, certification from Transport Canada for selling its vehicles in the Great White North. The agency refused to give its approval to the EV maker’s application due to missing documentation. By week’s end that documentation had made it into the right hands, and Transport Canada gave the approval after Rivian filed a second request.

The U.S.-based EV company can now proceed with selling its two existing all-electric models, the R1S SUV and R1T truck, within our borders. Browse cars for sale available near you 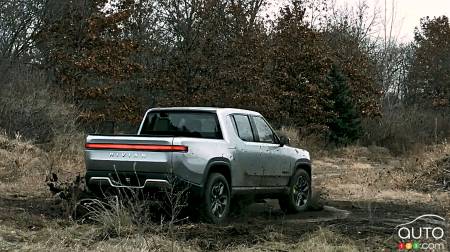 For now, Rivian has not given any precise dates as to when it will start delivering vehicles in our market, but that should happen fairly quickly – probably within weeks – since the company has already hired a workforce for its Canadian operations. The first service centre in the country is located in Vancouver, which indicates that the first deliveries will likely be to customers on the West Coast.

Service outlets are planned for other major centres in Central and Eastern Canada in the coming months.