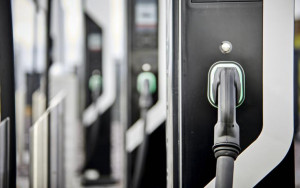 IRU has welcomed the European Parliament's Transport Committee (TRAN) vote last night on their report, which amends the European Commission's proposal for an Alternative Fuels Infrastructure Regulation (AFIR). IRU urges the full Parliament to vote for the same level of ambition in two weeks' time.

Building alternative fuels infrastructure for charging and fuelling vehicles is a pre-condition for substantive decarbonisation of road transport. TRAN members have supported the rapporteur's realistic vision to enable the green transformation.

The decision sends a strong signal to EU Member States: the Council's general approach adopted earlier this year was disappointing in terms of Member State commitment to support the road transport sector. The TRAN vote reflects calls made by IRU in recent months on the need for a bolder approach to build charging and alternative refuelling infrastructure for commercial road transport. Raluca Marian, IRU's Director of EU Advocacy said: "The vote in the Parliament's TRAN Committee is a good starting point.

We now await the full plenary to gives its go-ahead so that negotiations with the Council can begin as soon as possible." "The road transport industry is ready to do its part to contribute to the objectives of the European Green Deal, but a lot will depend on what kind policy framework will be set by lawmakers. A weak and unambitious framework will not serve any purpose," she added.

The adopted TRAN report includes higher energy output targets for light and heavy- duty vehicles, charging stations at safe parking areas and electricity grid performance guarantees. Deadlines for both electric and, importantly, hydrogen have been brought forward, although a mandatory charging reservation system for commercial vehicles did not make it into the compromise proposal. IRU looks forward to the next steps of the EU legislative process, notably the vote in the Parliament's full plenary in the week of 17 October, and hopes to see trilogue negotiations start as soon as possible.

Compared to the European Commission's original proposal, the TRAN report increases power output requirements for electric recharging infrastructure for both light and heavy-duty vehicles on the core and comprehensive networks for the TEN-T, including in urban nodes.

The road transport industry needs this kind of certainty when investing in alternatively fuelled vehicles. In addition, the number of electric recharging stations for heavy-duty vehicles are increased on the core network for 2025 and 2030, and an interim target for 2027 is introduced for safe and secure truck parking areas (SSTPAs). The role of SSTPAs will become even more important in the future, as they provide an ideal location for drivers to recharge or refuel their vehicles while taking their rest.

Regarding the electricity grid, the TRAN report rightfully acknowledges that it is necessary to ensure a proper connection and capacity.

IRU has called for guarantees that there will be sufficient power output from the electricity grid for electric infrastructure recharging points to ensure the continuity of daily business operations. The report therefore calls on Member States to carry out an analysis before 2025 to evaluate and plan the necessary grid reinforcements. Heavy-duty vehicles such as trucks loaded with essential goods and coaches transporting passengers cannot afford to be stranded on the EU's road network due to insufficient fuel and most importantly, a lack of infrastructure.

Targets for hydrogen refuelling infrastructure for road transport received a more favourable treatment than the one given by the Council.

The deadline to have hydrogen refuelling infrastructure in place was brought forward to 2027 instead of 2030 on the core and comprehensive networks of the TEN-T Network. Additionally, the requirement to have hydrogen refuelling infrastructure in urban nodes was also maintained. IRU has called for technology neutrality as different types of alternative fuels will have a role to play in different segments of road transport.

On the availability of data, the report calls for the establishment of a common European access point for alternative fuels data by 2026.

Interfaces such as the one for alternative fuels but also National Access Points in general, should be easily understood by users.

While IRU is generally satisfied with the content of the TRAN committee report, it does not understand the exclusion of a mandatory reservation system for electric recharging infrastructure for professional drivers. The needs of the commercial road transport sector are very different compared to private passenger cars. Transport operators plan their operations meticulously and well in advance to ensure that goods, for example, reach their customer on time.

IRU would like to see the reservation system provision reintroduced and put to a vote in Plenary.

Read the IRU position on the AFIR.