“We’ll launch our live basil in the Spanish distribution in December, and in October 2023, we’ll arrive in the United Kingdom”

Thanks to an innovative project, the 2.3-hectare greenhouse that produced Ikea's tropical plants for Spain and Portugal and that is located in Las Palas, Fuente Alamo (Murcia), will start supplying live basil plants in a few months and throughout the 52 weeks of the year, becoming the largest producer of this fresh herb in the Iberian Peninsula. 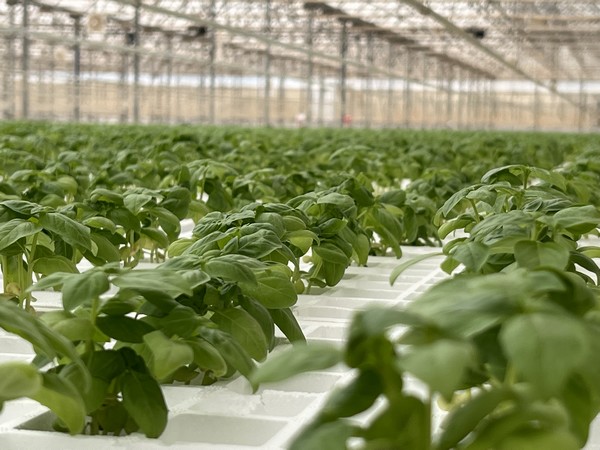 "Basil is a very temperature-sensitive crop, a factor that hasn't allowed producers to grow it on the peninsula in annual cycles so far," stated David Otero of Grupo Foody's, part of the Enhol renewable energy sector business group. "To achieve this, we have taken advantage of the facilities we already had ready for tropical plants and adapted them to the cultivation of basil.

Our R&D&I team has developed its own mixed hydroponic system with which we achieve yields 7 times higher than in the fields. Thus, when we are in full production, we'll achieve a production volume of 35 tons of live basil plants per week. In addition, we come from the germination market, which has given us the opportunity to specialize in seeds.

Now, after extensive work studying different varieties, we finally have a product with outstanding quality and flavor."

"In Spain, basil is normally grown in the Canary Islands, more specifically in Tenerife, and outside the country, it's grown in Morocco, Ethiopia, and Israel. However, since it's such a temperature-sensitive crop, there are many losses in its transport, even if it is by air, because of the variations in temperature between the plane, the unloading on the runway, the delays, so losses are very high due to the deterioration of the leaves", David stated. "In fact, many of our customers, especially in England, try to avoid any type of air transport and prefer that the basil travels 2 or 3 days in a truck with controlled temperature instead of in a 6-7 hour flight in which the quality of the product will usually be affected."

Especially a product that suffers below 15?C and has a very limited thermal resilience because it is mainly marketed chopped in flowpack containers in Europe. "Our differentiating factor is that we market the live basil plant, with roots," David Otero emphasized. "A live plant can withstand temperature changes in the transport process naturally. This prevents the death of plant tissues and the leaves from turning black.

In addition, before sending them, we subject the basil plants to a gradual temperature drop for 12 hours to prepare them for the trip so that they don't suffer any type of impact from thermal shock. " 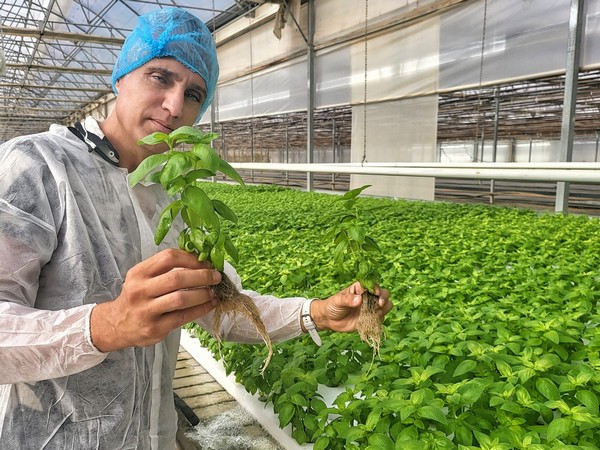 "Moreover, chopped basil in flow systems usually has a shelf life of 3 to 5 days.

Meanwhile, the root system of our live plants allows them to have a life of 10 to 15 days. This makes a fundamental difference, not only in the Spanish distribution but in the export to Europe, as sending a product from Murcia to London by truck, for example, takes 3 days. We can also supply our live plants to distributors of chopped basil, which can keep them alive in their facilities and process them as they need to, avoiding losses."

"Basil is the main herb for all European distributors in terms of turnover figures"
Following the philosophy of Grupo Enhol, the basil produced by Grupo Foody's pursues sustainability. The hydroponic cultivation developed by the firm under absolutely controlled conditions allows for eliminating the use of nitrites and phytosanitary products and an 85% saving in water consumption. "This is especially important right now in all Europe, and even more in Murcia, where water scarcity is overwhelming," stated David. "The design of our packaging also aims at being sustainable, as we have wanted to eliminate the use of plastic to the greatest extent possible.

Its shape is designed to protect the plant from any mechanical damage. It also has an extra protection system, as the packaging is placed inside a watertight and anti-fog flow, which prevents condensation that could damage the product." 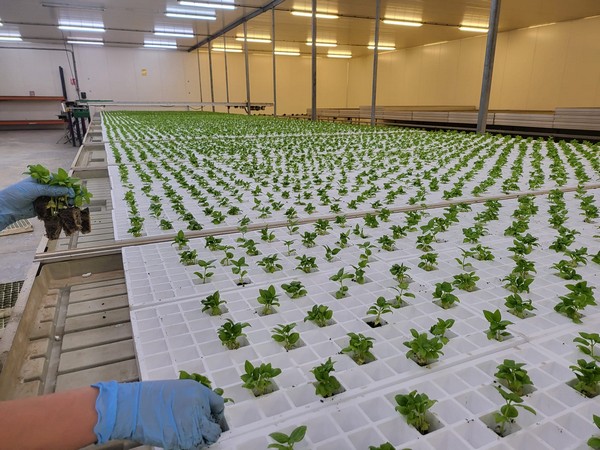 Basil is one of the most consumed fresh herbs in Europe, only surpassed by coriander, and together they account for almost 70% of all fresh herb sales. "However, in terms of turnover figures, basil is the main herb for all European distributors," he stated. In addition to fresh basil, Grupo Foody's will also shortly market peppermint, coriander, and chives with roots, revolutionizing the fresh herb market with this innovative, sustainable, and proximity concept. "We'll launch our live basil with roots in the Spanish distribution in December, and in October 2023, we'll start working with the distribution in the United Kingdom," stated David Otero. For more information: