The consequences of fraudulent CVs 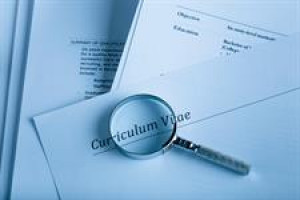 It might seem like the stuff of fiction, making grandiose claims on your CV to fake an entire career. The personality-disordered pilot played by Leonardo DiCaprio in the movie Catch Me if You Can springs to mind. But the recent case of Jon Andrewes, who spent more than a decade as CEO of a hospice and in other non-executive roles, illustrates in an extreme way the dangers of taking what candidates say about themselves at face value.

Not only did Andrewes fabricate a first degree, MBA and PhD on his CV, he invented his past work history, including a secondment to the Home Office.

The story did not end well for him. Having been found out, in 2017 he pleaded guilty in the criminal courts to obtaining pecuniary advantage by deception and was ordered to repay around GBP100,000 in past salary under the Proceeds of Crime Act 2002.

It is rare to see a case of this sort where the criminal court gets involved in recovering salary for fraud on a CV. The costs of an employer privately pursuing such a claim are likely to be prohibitive in all but extreme cases.

Normally, if a misrepresentation is made, it will come to light early on and employers will seek advice about whether they can withdraw a job offer or dismiss fairly (if the person has two or more years' service).

The case is a reminder that employers need to consider the risks of not completing proper due diligence on new hires in the first place. If someone lacks the honesty and integrity to present a true CV, could they carry out further fraud once inside the organisation? Further, there is a risk of danger to the public in certain roles if an employee does not hold the stated skills, as well as reputational damage to the business to consider if the fraud comes to light.

It could also be a criminal offence to employ someone in certain roles without the right qualifications; for example, an HGV driver or a pilot without a proper licence.

While it will not always be a criminal offence to employ someone who invented their past work history or qualifications, it will never reflect well on the organisation if they failed to carry out appropriate background checks.

Here are some practical suggestions of basic things a business should do when carrying out recruitment: