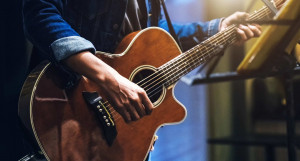 In March 2019, The Who’s lead singer Roger Daltrey was asked whether leaving the EU would be ‘bad for British rock music’. An incredulous Daltrey replied: ‘No. What’s it got to do with the rock business?

How are you going to tour in Europe? Oh dear. As if we didn’t tour Europe before the f***ing EU.

Oh, give it up!’ I suspect most Brexiteers would have agreed with him, nobody voted Leave hoping or expecting the disruption of the music industry. I know I didn’t.

Unfortunately, post-Brexit rules have made it very complex and expensive for artists and performers to operate in Europe, and for some it is simply unviable. A long-established, globally famous band like The Who can navigate the red tape, deal with the bureaucracy, and absorb the costs (or pass them onto their fans via ticket prices) but lesser names will struggle, and emerging talent will be hit hard. The next generation will face challenges that will be insurmountable for many, who knows what talent we will miss out on?

The UK is a cultural dynamo with a world-leading, economically vital creative sector. The Department for Digital, Culture, Media and Sport estimates that the creative industries contribute GBP115.9bn to the UK, accounting for 5.9% of our economic output. The music industry alone contributed GBP5.8bn in 2019, while in the same year the UK fishing industry contributed just GBP536 million.

It was the latter, however, which received far more attention from the media and politicians during the Brexit negotiations, while our creative industries were all but left out – an omission whose consequences we are now suffering. The introduction of visas and work permits has made travelling across the EU27 significantly more complex. UK professionals have lost their right to travel, tour and exhibit in Europe as easily as they once did.

Touring now means navigating 27 different sets of visa and work permit rules. Creatives and technical workers are also limited by the 90-day limit on time spent in the Schengen area in a 180-day period. The transport of goods and equipment is now needlessly complex and expensive, and less well-resourced creatives simply cannot manage the costs and administrative burden.

The current system requires equipment manifests known as ‘carnets’ to transport equipment and large instruments into the EU. Even a quick one-off event or show requires an expensive and time-consuming carnet, with each lorry reporting to the correct border location for the carnet to be checked and stamped crossing the border each way. The impact of this on small to medium-sized bands, musicians and theatre groups is devastating, and has the potential to absorb all the profits from a tour.

The profit from merchandise sales is often what makes a tour viable. Now those sales are subject to customs rules applying to shipments into the EU above a certain value. Creatives now need to register and pay VAT in each country and comply with different rules, meaning more time-consuming paperwork, border checks, duties and charges.

Road haulage limits in the EU add to the cost and complexity of touring for creatives and technical workers. Touring lorries are subject to the restrictions on haulage set out in the TCA, meaning under basic cabotage rules they are only allowed to make a maximum of two stops in the EU after dropping off goods from the UK. They must then return home within seven days.

Take, for example, the Sadler’s Wells Theatre group. Like all touring productions they are now limited to two additional destinations before returning to the UK, only to then go to two further EU cities. Previously they toured 12 or more European cities in a row.

And when an orchestra now wants to move their instruments by truck, they are better off using an EU-registered commercial operator, meaning UK hauliers are losing business. These challenges combine to create a significant threat to the future success of our creative industries. Emerging and established artists, performers and technical workers face difficult choices, to continue as they are and make far less money, to change career of leave the UK.

It was never meant to damage our theatre companies or orchestras or hit the millions of technical workers that support the sector. A ‘cultural exemption’ should be added to the Trade and Co-operation Agreement as soon as possible, and should at the very least be negotiated when the TCA is formally reviewed in 2026. This should mean removing visa and work permit restrictions on short-term, cultural visits to the EU, replacing the burdensome carnet with a more agile system suited to the temporary movement of goods and equipment for tours and one-off events, and reducing limits on road haulage stops for all cultural activities.

How likely is the EU to agree with this? Well, it’s important to note that viable proposals were on the table during the original negotiations. The EU suggested a visa waiver agreement, but the UK rejected this as it involved compromise on regulatory autonomy.

Former Brexit Minister Lord Frost accepts that this was an error, arguing that the UK was ‘too purist’ on issues including the temporary movement of musicians and artists. Former European Commission Vice-President Viviane Reding proposed the adoption of a cultural passport for the creative industries and recently the All-party parliamentary group on Music published a report recommending the addition of a ‘Cultural Touring Agreement’ to the TCA. So it seems clear that workable solutions and political will are there.

This will, however, require negotiation, and the ongoing discussions over the Northern Ireland Protocol may delay progress on this and other issues. In the meantime, the Government should offer musicians and touring artists an ‘export support package’ modelled on the support offered to the fishing industry to help them navigate the post-Brexit environment. Brexit is a process, not an event, and the TCA is a foundation that must be built on to make it work.

The UK creative sector is a source of envy in Europe and world, we should be doing everything we can to let it flourish. we must nurture it.Click here to subscribe to our daily briefing – the best pieces from CapX and across the web. CapX depends on the generosity of its readers. If you value what we do, please consider making a donation.

Ben Kelly is a member of the Independent Commission on UK-EU relations, read the full report.

Columns are the author’s own opinion and do not necessarily reflect the views of CapX.