"The stolen vehicle is red, around 40 feet long, and is mounted by emergency sirens." A New York state man made a very bold decision early Friday morning, when he allegedly stole a very valuable piece of equipment that belonged to the town. We are not sure what possessed him to do such a foolish thing, but he is now facing serious charges, according o police. Thing is, he was already involved in a police pursuit just a few weeks back, according to CBS.

CBS is reporting that the 30-year-old suspect allegedly stole a £500,000 dollar fire truck, that was parked in front of the the Gloversville fire department, Friday morning.

From there, this brazen thief proceeded to take the emergency vehicle around town on an early morning joyride. There is no word if he turned the sirens on full blast while he was racing around town, though CBS says the truck was later seen in the City Hall parking lot. Offcials later stopped the runaway truck with spike strips.

Police say this Rescue Me! wannabe was arrested after a brief struggle and has been charged with a number of crimes. According to Gloversville Police, the same man was just arrested September 9 after another police pursuit.

Police have had their hands full.

ICBS is reporting that one of the wildest police chases in recent memory ensued after a man with three active warrants allegedly robbed a local Macy's department store in January 2022. Apparently, he's got quite the history, including some run-ins here in the Hudson Valley..CBS says the suspect was accused of bank robbery in the Town of Ulster as recently as May 2021. How do these people keep getting out of jail?

Soon after, the suspect would lead police on an insane pursuit that saw him fleeing in a vehicle that he allegedly stole from a Stewart's parking lot. 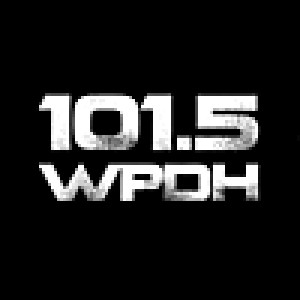 You're Clear For Takeoff

Police say it all began after the 27-year-old man from Colonie robbed a jewelry counter from a nearby Macy's. One his way out of the store, he even allegedly threatened an employee with a knife, who tried to stop him from shoplifting. Officials say the suspect hopped into the stolen sedan and attempted to get away.

When police tried to stop him, the suspect did the unthinkable by crashing the stolen vehicle through one of the fences of Albany International Airport, and drove up on one of the runways.

We're not sure if he thought he was suddenly 007, and hoping to somehow take this sedan airborne? Was he thinking about jumping on one of the flights? CBS says the chase continued after he crashed through another fence on the other side of the airport, before ditching his ride at the Pepsi Beverage Company. Police say they later found him in the parking lot of another business, so his foot pursuit didn't take him too far.

He was finally arrested, ending this alleged jewel heist and attempted getaway.

See the Must-Drive Roads in Every State

LET'S GO: The most popular historic sites in America