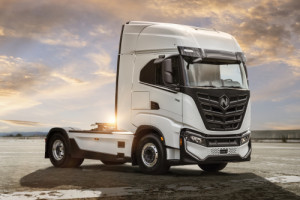 The European 4x2 Artic version of the Nikola Tre BEV offers range of up to 530 km and the performance to complete a wide range of regional missions. The European Nikola Tre FCEV in beta version offers a glimpse of the soon-to-come electric propulsion semi-truck for long hauling, and is expected to launch in the second half of 2023 in North America and first half of 2024 in Europe. 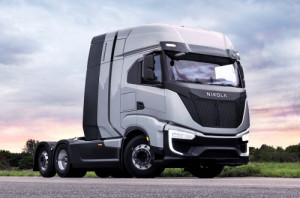 The European Nikola Tre BEV is produced by the Nikola IVECO Europe joint venture in its dedicated manufacturing plant in Ulm, Germany. The facility, inaugurated in 2021, features a final assembly process specifically designed for electric vehicles and operates to world-class manufacturing standards. Nikola and IVECO also opened orders for the European 4x2 Artic version of the Nikola Tre BEV.

The vehicle, which has a wheelbase of 4,021 mm, features nine batteries with a total energy storage up to 738 kWh, which delivers a range of up to 530 km. An 80% charge takes an estimated 100 minutes at 350 kW. With 480 kW continuous power of the FPT Industrial e-Axle, the truck has the power, torque and range to perform applications such as hub-to-hub deliveries and regional hauling; its mileage can be extended with opportunity charging.

This performance comes with low Total Cost of Ownership, making it an operationally and financially viable zero-emission solution. The Nikola Tre FCEV Artic 6x2 in beta version features a steering tag axle and a new cab with improved aerodynamic performance. With a wheelbase of 3,932 mm, it can accommodate approximately 70 usable kilograms of hydrogen at 700-bar pressure.

This capacity, together with its fast-refueling time of under 20 minutes, enables a range of up to 800 km.