India passenger car and truck tire exports on the rise 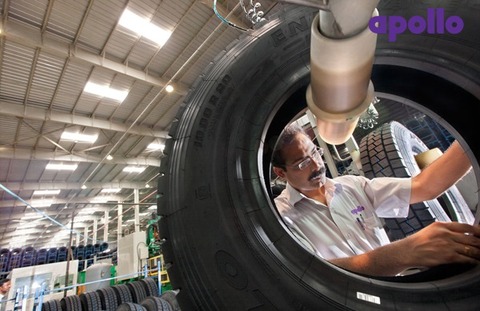 Development linked to increased production of OE tires as output reaches record levels Estoril, Portugal - Tire exports from India are increasing amid a spike in production levels among manufacturers in the country, according to Robert Simmons, managing director of market analysis firm LMC.  Production of both car tires and truck tires has risen to record levels in India,

Simmons said at the International Institute of Synthetic Rubber Producers (IISRP) AGM, held 12-15 Sept in Estoril, Portugal. The uptick, he said, was largely linked to the the Indian government introduction of extra licensing requirements on tire imports as the country emerged from the worst of the Covid crisis. Indian tire makers, explained Simmons, benefited from this development in their own domestic market, including through selling more tires to OE markets.

"So, the quality of their tires had to improve and, as this happened, they have been able to find new export markets both for passenger car and truck tires," said the LMC expert. So, Indian exports of car tires and truck tires have each risen from levels of around 100,000 to 200,000 tires a month to current levels of around 600,000 tires a month, he estimated. While the numbers were still relatively small, Simmons suggested that the trend was potentially significant both, for the Indian tire industry and international tire markets.

ERJ will report further on this development and on the IISRP meeting both online and in the next issue of European Rubber Journal magazine.