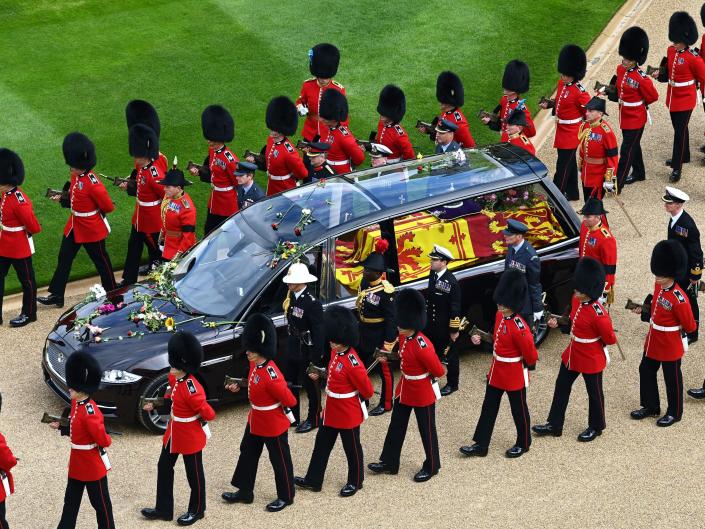 As Elizabeth II was laid to rest in a funeral ceremony on Monday the UK stopped to watch. When the Queen's funeral date was set the UK government declared it would be a bank holiday, meaning employers could decide whether to give their employees the day off. Many businesses including large multinationals such as McDonald's announced they would shut their doors during the funeral.

For some UK workers the time-off was not paid, as reported by Insider's Bethany Dawson. At Amazon though, the wheels of industry kept turning. Two workers told Insider that the retail giant went part-way to giving its workers time off to mark the event, but stopped short of giving them a full shift off.

Both workers requested anonymity for fear of retaliation from the company. The Amazon workers in separate warehouses said that the company gave staff an extra eight hours of time off. Many Amazon workers work four 10-hour shifts meaning to actually have the day off they'd need to sub in two hours of their personal allotted time off, both workers told Insider.

Insider viewed a post on Amazon's worker app Amazon A to Z that confirmed the company was offering eight hours of time off on the day of the funeral. The same post said workers were welcome to watch the televised state funeral on-site and use 90 minutes of their holiday allowance. It also said they could work the full day and use the additional holiday another time.

One part-time worker said HR told warehouse workers that the company had selected eight hours because this was what corporate workers would receive, and it wanted to keep the allowance equal. He added part-time workers were only offered a proportion of the eight hours off depending on how many hours they worked per week -- so while a full-time worker who works 40 hours a week got eight hours, a worker with a 20-hour work week only got four. Story continues

As a part-time worker he still worked full ten-hour shifts, meaning he would have to make up the difference. Insider viewed an internal company chat log where another part-time warehouse worker expressed anger at being given six hours and working ten-hour shifts. Both workers told Insider warehouse workers had to request the time off, meaning managers had the ability to deny it.

The part-time worker told Insider he took some of his personal time off so he could watch the funeral with his family. "This is never going to happen again in my lifetime," he told Insider. "You've got to think of what she sacrificed all her life, and I think this is the right thing to do," he added.

Amazon did not comment on the specifics of this report when contacted by Insider. "We were deeply saddened by the passing of Her Majesty Queen Elizabeth II. Amazon observed the Bank Holiday with all UK employees being offered additional holiday to allow them to pay their respects," a spokesperson said.

Martha Dark, director of Foxglove, a UK legal nonprofit that works closely with the GMB union that represents warehouse workers, told Insider Amazon's offer of time off for the funeral was: "another example of Amazon refusing to be straight with workers, leaving them in the dark and then expecting them to pick up the pieces."