US continues to loot Syrian oil with 137 more truck tankers 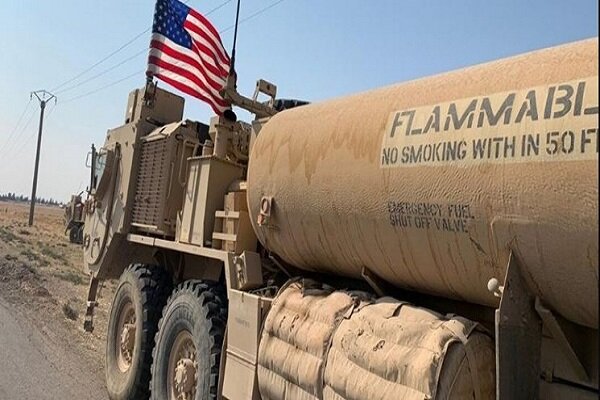 Local sources in the northeast of Syria once again reported the stealing of Syrian oil by the American army and its transfer to Iraq. According to the SANA news agency, on Monday morning the American army transferred a convoy of 137 oil tankers from the illegal "Al-Mahmoudiyeh" bored crossing their military bases in Iraq. In this regard, yesterday, the Syrian and Russian ministerial coordination boards for the return of Syrian refugees announced in a joint statement that the continued exploitation of Syrian oil by the United States is the main cause of the difficult humanitarian situation that Syrian citizens are suffering from.

It reads in the statement, "The countries of Russia and Syria strongly condemn the occupation of Syrian lands and the plundering of the wealth of the Syrian people by the occupying forces of the United States and its allies; Those forces loot about 66,000 barrels of extracted oil in Syria every day."