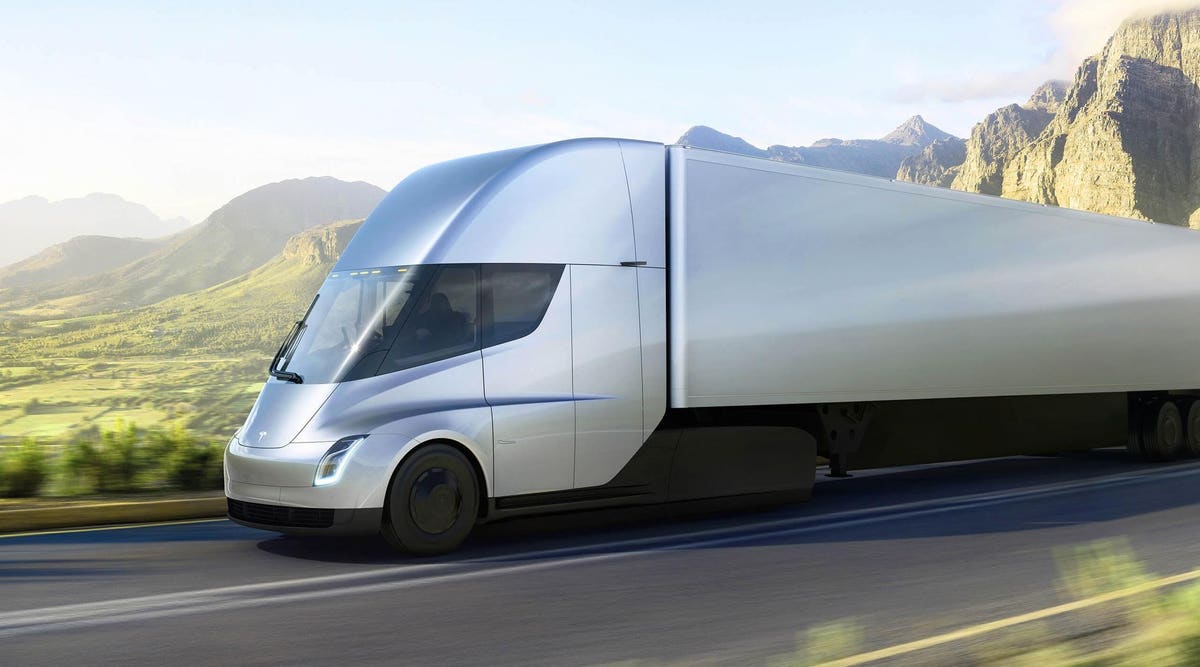 The market for electric trucks is just starting to take shape but Nikola and Tesla are making moves to position themselves as key players in clean commercial vehicles: Nikola is getting a new CEO with extensive automotive experience as it ramps up production and Elon Musk has claimed his long-delayed Tesla Semi will finally arrive this year.

Nikola President Michael Lohscheller takes over as CEO on Jan.

Nikola CEO Mark Russell, who's led the Phoenix-based company since its 2020 public listing, will retire at the end of this year and be succeeded by Michael Lohscheller, who also became its president on Wednesday. Lohscheller, an auto industry veteran who previously led German automaker Opel and was, briefly, CEO of Vinfast, a Vietnamese EV startup, also joined Nikola's board.

He started at the company in February and helped oversee the start of production of battery-powered Tre BEV semis earlier this year. With financial and technical backing from Bosch and European commercial vehicle maker IVECO, Nikola beat Tesla to market with its electric Tre truck that goes about 350 miles per charge. Early customers include companies hauling cargo in and out of the sprawling Ports of Los Angeles and Long Beach, and the vehicles currently qualify for generous incentives California offers for non-polluting big rigs worth up to £120,000.

Nikola is starting with batteries but sees hydrogen as a more compelling option for longer-range routes of more than 500 miles, as hydrogen fuel cell systems can be refueled faster and are lighter than the multiton battery packs Tesla will likely use in its Semi. Musk is a well-known hydrogen critic (though he's used the energy-rich fuel to launch SpaceX rockets). Tesla's billionaire CEO unexpectedly tweeted late Tuesday that his big rig, initially planned to arrive in 2019, is coming soon.

"Tesla 500 mile range Semi Truck starts shipping this year, Cybertruck next year," the mercurial billionaire said, providing no additional details about specific timing or price. The company has claimed that it has received thousands of pre-orders for the model, though tight battery supplies had pushed its likely launch back to 2023. Given Musk's uneven track record when it comes to the timing and price of new Tesla models, many initial Tesla Semi customers will likely be seeking considerably more information about when they can expect delivery.

Moves by Nikola and Tesla also come as new legislation making its way through Congress is expected to expand federal support for U.S. production of batteries, hydrogen and fueling infrastructure to help wean the transportation industry off of carbon-spewing fuels linked to climate change. Nikola's leadership change appears to be part of its attempt to move past a rocky period and share price plunge triggered by founder and former CEO Trevor Milton's indictment by federal prosecutors for making fraudulent statements to investors. Milton has denied the charges.

His trial is currently scheduled to start next month. Nikola settled an investigation with the Securities and Exchange Commission related to Milton's public comments last year, agreeing to pay a £125 million fine to put the matter behind it, while admitting no wrongdoing.

Under Russell, one of Nikola's biggest individual shareholders, the company refocused its strategy solely on designing and building battery- and hydrogen-powered trucks and setting up a network of hydrogen fuel stations to support them.

He also cut Milton's pet projects, including an electric pickup, ATV, watercraft and offroad military vehicle. The company's new factory in Coolidge, Arizona, started building battery-powered trucks in April and hydrogen fuel cell models may start to ship in late 2023. This month Russell also announced that Nikola was acquiring battery supplier Romeo Power in an all-stock deal worth £144 million and received approval from investors to offer up to 200 million new shares to raise additional funds.

He'll remain on its board after he steps down on Dec.