FreightWaves Classics is sponsored by Sutton Transport, an LTL leader in the Midwest for more than 40 years. Sutton Transport proudly services Illinois, Minnesota, Missouri and Wisconsin. Request a quote here.

Belated best wishes, and a hope for many more years of success to come!

According to the company's website, Harold Groendyke "hauled his first load of kerosene from Borger, Texas, to Beaver, Oklahoma," on July 12, 1932. On the 110-mile, day-long trip, Groendyke drove a two-axle Ford truck "equipped with a 3,000-gallon tank mounted on a homemade chassis." With that load, Groendyke began the tank truck industry in the Midwest. He also founded a company that has become a "leader in safety, service and overall performance in the tank truck industry."

Groendyke moved his operations to Enid, Oklahoma, in 1935 in order to be closer to his supply sources - Champlin Refinery and Eason Oil. By the late 1930s, Groendyke began to expand, with operations in Ardmore and Ponca City, Oklahoma and Wichita Falls, Texas.

The Groendyke "fleet" when the company began. (Photo: groendyke.com)

Harold Groendyke and his company were founding members of the National Tank Truck Carriers (NTTC) trade association in 1945.  During the 1950s what has been decades of growth for the company began in earnest.

Like other trucking companies of that time period, Groendyke Transport was regulated by the Interstate Commerce Commission, or ICC. During that era, the ICC had to approve trucking companies' new routes and other business-related moves.

The Groendyke fleet and employee base had grown. (Photo: groendyke.com)

It was often easier for a trucking company to grow by purchasing other trucking companies than wait for ICC approval of new routes. ICC oversight also led Groendyke to purchase intrastate authorities (over which the ICC did not have jurisdiction).

The company was able to expand its area of operations into Colorado, Kansas, Louisiana and New Mexico. In addition, the company purchased statewide petroleum and petroleum products authority in Texas and then built terminals in Dallas and Houston.  During the company's first decades of operation, Harold Groendyke continued to focus on two key reasons for the company's growth - its employees and its customers. "He fostered a culture of respect, integrity and community that lives to this day."

The company moved its corporate offices in 1965. It maintains those offices on Enid's Rock Island Boulevard. That same year the company hauled its first cross-border load into Mexico.

Trucking deregulation occurred in 1980 with the passage by Congress of the Motor Transport Act, which was subsequently signed into law by President Jimmy Carter.

The ICC no longer had jurisdiction over the trucking, railroad and other industries. While most celebrated deregulation, it was a difficult environment for many established trucking companies. However, Groendyke Transport weathered the transition and continued to grow.

For example, the company made its first delivery to Canada in 1988. Reasons for the continued success included a genuine care and concern for customers, the motoring public and the company's employees. Groendyke has been an industry leader in many ways, including safety.

It is the only carrier to win the NTTC's "North American Safety Champion Award for best overall safety record and program in the country eight times." It won for the first time in 1973, and won its second award in 1975. The company also won the award in 1990, 1991, 1999, 2000, 2016 and 2018. In addition, it has "won numerous American Trucking Associations safety awards, including Safety Director of the Year, and hundreds of state, insurance and industry awards for safety and service."

Some of the many awards won by Groendyke Transport during its tenure. (Photo: groendyke.com)

The CCJ recognition was due to the company's efforts to reduce rear-end collisions using a pulsating amber brake light on its trailers. Groendyke Transport tested its pulsating brake light for 30 months. The brake light achieved a 33.7% decrease in rear-end accidents.

Additionally, the pulsating amber brake light effectively eliminated rear-end accidents at railroad crossings.  Based on evidence from its testing, the company filed for an exemption from the Federal Motor Carriers Safety Association (FMCSA) in April 2018 to continue testing its unique brake light. FMCSA approved Groendyke's five-year exemption request; that was followed by a successful NTTC request in October 2020 for a five-year exemption for all tank trailer operators.

At the time of the CCJ award, Groendyke President and CEO Greg Hodgen said, "What we initially set out to do, which is still the goal that we have now, is to increase our [trucks'] visibility."  In both the fall of 2020 and 2021, Groendyke Transport was named to Inbound Logistics' Top 100 Truckers list. According to the magazine, the list "serves as a qualitative assessment of service providers we feel are best equipped to meet and surpass readers' evolving motor freight transportation needs."

In response to being named to the list by Inbound Logistics, Hodgen said, "As one of the largest, most stable and safest tank truck carriers in the nation, we are proud to be named an Inbound Logistics Top 100 Trucker. Our people have been resilient over the past year, taking challenges head on and exceeding expectations. It has been a total team effort befitting our 89-year reputation."

In 2019, Groendyke expanded into the Southeast by closing the acquisition of McKenzie Tank Lines (MTL), a family-owned carrier based in Tallahassee, Florida.

Like Groendyke, MTL was a tank truck carrier that specialized in hauling petroleum products, chemicals and other bulk hazardous materials. The acquisition increased the number of Groendyke terminals to more than 40. In addition, adding MTL's business was expected to increase Groendyke's annual revenues by more than £40 million (in 2019).

Commenting on the acquisition, Hodgen stated, "It has been our long-time goal to expand our operations in the Southeast. Our two companies have so much in common - from history to culture and values to an emphasis on safety - this deal made perfect sense. We believe their people will make a great fit with our culture and way of running our business.

We are excited to have them as Groendyke Transport employees." The MTL acquisition was followed by the acquisition of all of Georgia Tank Lines' (GTL) tank truck assets. That acquisition closed earlier this year, and gave Groendyke access to the greater Atlanta area market. 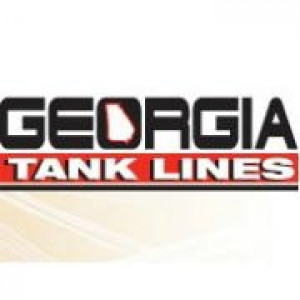 When the acquisition was announced, Hodgen stated, "We are excited to bring this group of safe, professional drivers to Groendyke Transport. This acquisition expands our business into a new area, which fits well with one of our core values - growth. Throughout its 25-year history, owner Deborah Latham and the leadership team of Georgia Tank Lines have prided themselves on safety and determined customer and employee service, all of which make the acquisition of Georgia Tank Lines a great fit with Groendyke Transport and our long-term goals."

A Groendyke Transport truck on the move. (Photo: groendyke.com)

Harold C. Groendyke's son, John D. Groendyke is the chairman of the company's board of directors, and other family members make up most of the board

Over the course of the last 90 years, Groendyke Transport has grown to be the fourth-largest tank-truck carrier in the United States. The company has 40 terminals in 15 states and hauls more than 435,000 loads of chemicals, acids, fuels, lubricants, flour, and vegetable oils annually throughout the United States, Canada and Mexico.

Groendyke Transport vehicles - past and present - and one of the company's safety trophies. (Photo: groendyke.com)

While the company and the industry have changed significantly over the past 90 years, some traditions remain the same at Groendyke Transport. "Superior safety and service have been" critically important since 1932. Throughout North America, the company operates with "industry-recognized on-time performance and unparalleled dedication to safe and responsive service."

The company is still building on the innovative achievements and people focus of its founder, Harold Groendyke. That is one reason Groendyke regularly has a turnover rate less than half that of the industry. "Our goal is to remain a leader in safety, service and employee satisfaction in the tank truck industry," Hodgen said.