Driver killed after being ejected from pickup truck in West Side crash, police say 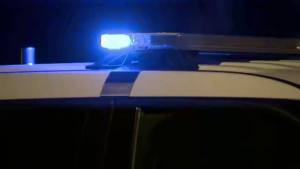 SAN ANTONIO - A driver is dead after being ejected from their pickup truck after crashing into a light pole on the West Side, according to San Antonio police.

Police said a driver was traveling in a Chevrolet Silverado heading eastbound on the Hwy 90 access road when it went off the roadway and into a grassy embankment.

The pickup truck then crashed into a light pole and the driver was ejected, according to SAPD. The truck then landed on top of the driver before it went up in flames.

Firefighters arrived and extinguished the fire.

The driver died at the scene.

No criminal charges are pending and no other vehicles were involved.