Arcese shifts from road to rail with newest convoy in Italy 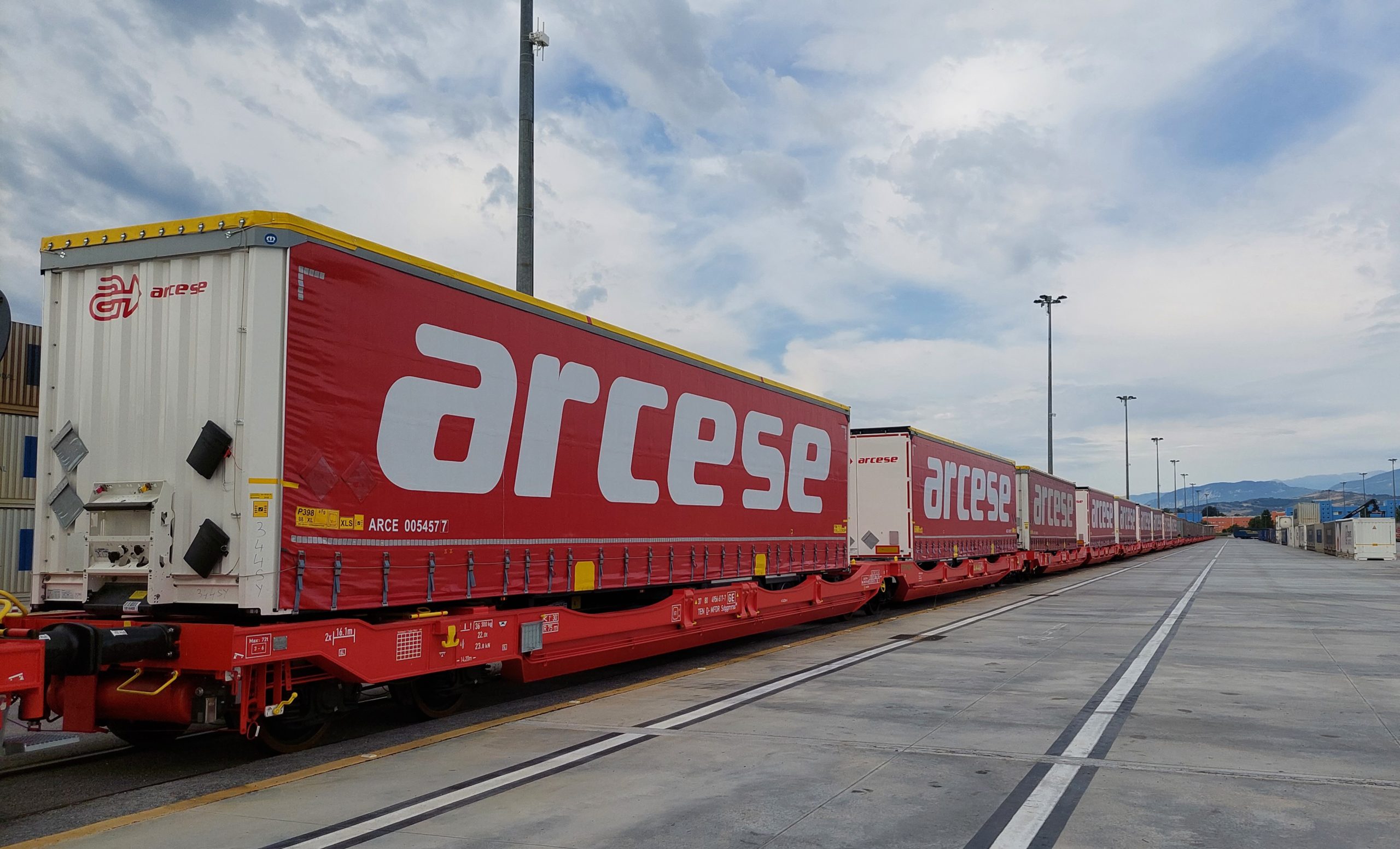 The convoy used by Arcese is the newest to ever roll on Italian territory.  Thanks to this service, automotive components between the two Stellantis terminals in Italy and Poland will travel mostly on rail. The train has been delivered to the Interporto d'Abruzzo station, in South-Eastern Italy and has been operative since 13 August. It was built by MFD Rail, loaded with Arcese semitrailers coming from Germany, tractioned by Captrain Italia, and managed by Tiber.co O.M.R.

Sources from Captrain Italia claimed that the service will mostly benefit the automotive sector in the Sangro Valley, close to the border with Puglia. Sources from Sangritana told RailFreight.com that the goods will be exchanged between the Stellantis terminal in the Sangro Valley and the one in Gliwice, in Poland. These components will be used in both terminals for the production of Fiat, Citroen, Peugeot, and Opel vans.

The train has been moved to the Abruzzo Interport where it will be used for the rail freight service between Manoppello and Ostrava, in the Czech Republic. It is run by Captrain Italia in collaboration with Sangritana, which will operate the train for the Italian section of the route. The goods reaching Ostrava are then moved on the road to reach the Stellantis production site in Gliwice, in the South of Poland.

The total duration of the service is 35-36 hours. The service, which started on 13 August, allows Arcese, which has usually relied on road transportation, to have a long-distance rail freight service, as sources from Captrain Italia told RailFreight.com. "It is a brand new service, which will replace previous road transport operations," the source said. There are three round trips scheduled per week, with the chance of increasing in 2023, according to Sangritana sources.

The newest fleet in Italy

"Both wagons and trailers are brand new, forming the newest convoy that has ever circulated on the Italian network", Daniela Montet, Fleet Manager of MFD Rail told RailFreight.com.

"These wagons have been delivered to Tiber.Co last month. The red colour has been chosen on purpose for Arcese as they wanted it to match the trailers, the other MFD wagons have a granite grey pattern", Montet stated. Montet also said that both the semitrailers and wagons are suitable for intermodal transportation, allowing the trip from the factory to the customer to happen through only one container.