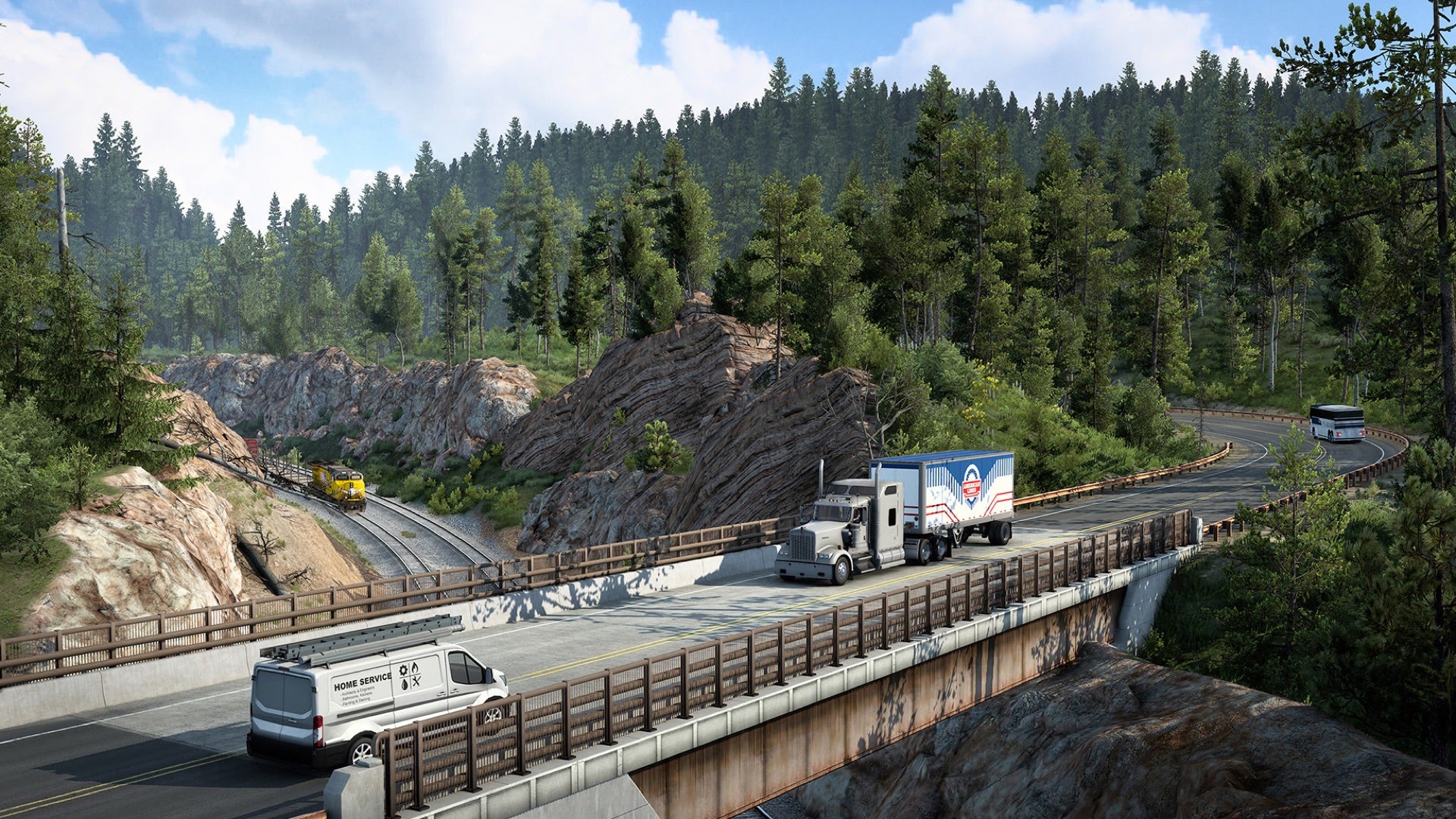 It’s been a fair while since developer SCS Software revealed American Truck Simulator’s next destination would be Montana, but now, following regular progress reports on its blog, the studio has given us our best look yet at the forthcoming expansion, sharing a scenic 30-minute drive across the state in a lengthy new gameplay video. Montana, which was confirmed to be in development last November, will be American Truck Simulator’s tenth explorable state, joining California and Nevada (both of which were included at launch in 2016), alongside DLC additions Arizona, New Mexico, Oregon, Washington, Utah, Idaho, Colorado, and Wyoming. Setting the scene for its new expansion on Steam, SCS explains, “Montana is a gateway to Glacier and Yellowstone – two crown jewels of the national park system – and is home to glistening glacial lakes, snow-capped mountain peaks, blue-ribbon trout streams, and mighty Missouri, Yellowstone, and Flathead Rivers.”

“Vast, unspoiled, and wild, [Montana] represents the very best of the American West.

Rugged cowboys still saddle up to ride at ranches and wow crowds at rodeos. Ghost towns, state parks, and a one-of-a-kind Dinosaur Trail preserve a dazzling array of historical treasures.” You might spot at least some of that in SCS’ wonderfully relaxing 30-minute sight-seeing tour of its digital Montana, featuring some truly spectacular vistas.

SCS has been upping its game dramatically with each new expansion release (to the point where it’s started revisiting older states to bring them up to its present-day standards), and this first proper look at Montana is a stunner, showcasing some of its best work yet.

SCS isn’t quite ready to share a release date for American Truck Simulator’s Montana expansion yet, but it says development is “slowly approaching the finish line”.

Hopefully, then, it won’t be too long before Montana is ready to throw open its borders, at which point it’ll be the turn of SCS’ Texas expansion – announced back in March 2021 – to take the spotlight.