US-donated HIMARS is the ‘perfect’ weapon thanks to poor Russian logistics forcing senior commanders in its range, military expert says 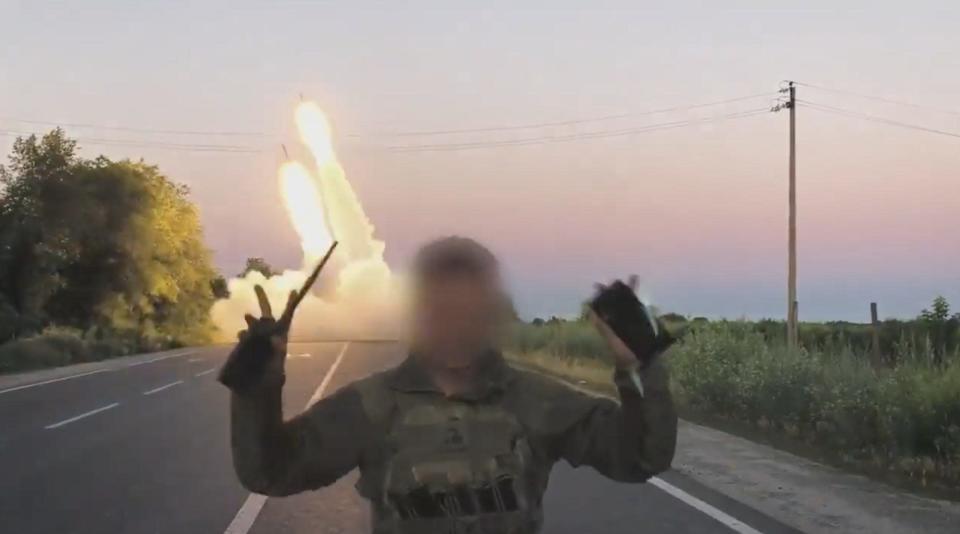 Footage shared by the Ukrainian Defense Ministry thanking the US for its donation of HIMARS.Ukraine Ministry of Defense

The long-range weapons the US sent Ukraine are the perfect weapon for this moment in the war because of how it can exploit Russia's poor war planning, a military expert said. The US sent 12 High Mobility Artillery Rocket Systems (HIMARS) -- long-range, high-precision rocket launchers that can hit targets 5o miles away -- as part of the arsenal Western countries are sending Ukraine to help fight Russia. Ukraine had repeatedly said it needed more long-range weapons to fight effectively.

Now it has HIMARS -- and Ukraine says it's working.

William Alberque, director of strategy, technology, and arms control at the International Institute for Strategic Studies, told Insider the HIMARS is "exactly the right system at the right time" for Ukraine because of how Russia is fighting. 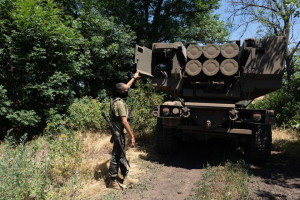 A Ukrainian unit commander shows the rockets on a HIMARS vehicle in Eastern Ukraine on July 1, 2022.Anastasia Vlasova for The Washington Post via Getty Images

He said Russia's infantry and armored units are vulnerable as they are extremely dependent on their supply chain, and that Russia's lack of trust in lower-ranked officials to make decisions means it has to bring more senior commanders close to the battle. "Because of their doctrine, they don't devolve decision-making down to the lowest level as we do in the West," he said. "Therefore you have to move your command post much closer to the front," he said, with Russia also "moving massive amounts of ammunition, gathering them all together, and moving their command posts closer and closer to the front."

And Ukraine now has the equipment to hit them quickly, accurately, and from a safe distance for its own soldiers. Ukraine said HIMARS was used to kill a Russian general and destroy 50 ammunition depots. Alberque said the HIMARS "is unbelievably accurate with no setup time.

By the time Russians are even thinking about counter fire, the thing's gone." Ukraine, he noted, is "hitting these massive ammunition dumps, these massive artillery masses, and the command posts." 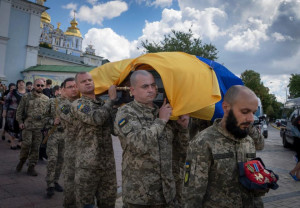 Ukrainian soldiers carry the coffin of a soldier killed by the Russian troops during his funeral at St Michael cathedral in Kyiv, Ukraine, Monday, July 18, 2022.AP Photo/Efrem Lukatsky

The weapons have so far "made such a massive difference" for Ukraine, Alberque said. "It's that amazing coincidence of Russian tactics and the absolute perfect system designed to destroy those tactics."

Russia's centralized command has previously been credited with leaving its generals vulnerable in Ukraine.

Russia has no clear defense

Alberque said it isn't obvious how Russia could respond. Fixing its logistics to make it less vulnerable wouldn't be possible for Russia, "not even in a six-month job," he said. "Like, that's a five-year job." 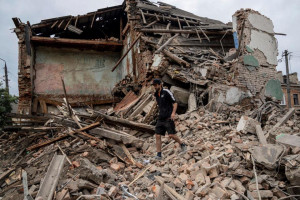 A man searches for documents of their injured friend in the debris of a destroyed apartment house after Russian shelling in Chuhuiv, Kharkiv region, Ukraine, Saturday, July 16, 2022.AP Photo/Evgeniy Maloletka

He said Russia may figure out how to better intercept HIMARS missiles with existing equipment, but that could actually make it a bigger target. "It's still not entirely clear that that would be successful, but it would be better," he said.

"On the other hand, massing together really good radars and really good air defense systems are wonderful targets for HIMARS." Russia, he said, has many long-range weapons itself, but none as accurate as what Ukraine now has from the West: "It's not clear that Russia will be able, in this phase of the war, to adapt. It's a much longer-term issue."

The first HIMARS arrived in Ukraine in June.

Ukrainian officials have praised it since then, and earlier this month Russia told a militia to focus on destroying HIMARS and similar long-range weapons. 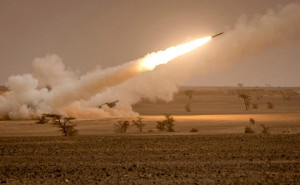 A US HIMARS fired in southeastern Morocco on June 9, 2021.FADEL SENNA/AFP via Getty Images

Ukraine also released audio it said was of a conversation between a Russian soldier and his wife, where he complained of being "sent to slaughter" as Ukrainian troops were firing from so far away and he had no equipment he could use to respond. The Pentagon has said HIMARS is "making an impact" in helping Ukraine, and a senior US defense official said last week that HIMARS had been a "thorn in the Russian side" that Ukraine was using to hit targets "related to command and control ammunition."

Not a silver bullet

The US has said it will send four more HIMARS, bringing the total to 16. But Ukraine says it needs dozen more, something the US has not committed to.

Some experts also caution against celebrating the weapon as a game-changer. Marina Miron, a research fellow at the King's College London Center for Military Ethics, told Insider that Russia may adapt their tactics to HIMARS, and that it is looking for ways to destroy them. She noted that the systems' logistical needs -- like needing to be resupplied with missiles and soldiers trained to use them -- make it vulnerable. 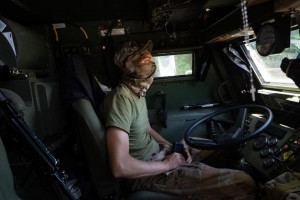 A Ukrainian serviceman in a HIMARS vehicle in Eastern Ukraine, on July 1, 2022.Anastasia Vlasova for The Washington Post via Getty Images

She said other weapons that have arrived in Ukraine were hailed as game changers, but slowly became less relevant when Russia adapted.

The US defense official said in July: "HIMARS isn't a silver bullet. We haven't thought it was a silver bullet from the beginning. But we know that the HIMARS is having an effect."