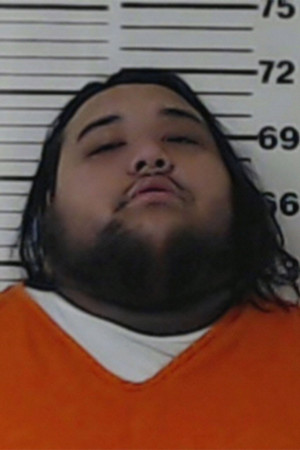 The dozens of deaths from the inhumane and sweltering conditions inside the packed 18-wheeler was the deadliest migrant smuggling operation crossing the US border from Mexico.  Both Zamorano, 46, and Martinez, 28, remained in federal custody without bail pending a trial.

Christian Martinez was the alleged planner of the operation, as police discovered calls on Zamorano's phone with him regarding the operation.

The migrants, many already dead or dying, were discovered in the truck on a remote San Antonio road. Surveillance video shows the 18-wheeler passing through a Border Patrol checkpoint with the driver matching Zamorano's description, according to the indictment.

A search of Zamorano's cellphone revealed calls with Martinez over the smuggling operation, officials said.

Police are at the site where the tractor trailer carrying 53 dead migrants was discovered on June 27, 2022 in San Antonio.Getty Images

A woman lights candles during a vigil to honor the migrants who died in the San Antonio cargo truck on July 5, 2022 in El Paso.REUTERS

Zamorano was found in a nearby field from where the truck was discovered and arrested last month.

If the men are convicted of the death counts that could lead to life sentences, but the Attorney General's Office could instead allow prosecutors to seek death penalties.