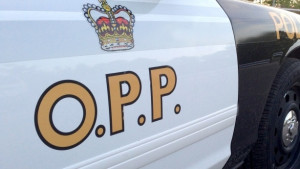 One driver is dead after a crash involving two transport trucks on Highway 401 near the Quebec border Tuesday morning. The crash happened just before 5 a.m. on the eastbound highway, just west of the border. OPP say their initial investigation shows two eastbound transport trucks collided.

One driver was pronounced dead at the scene.

The other driver was not injured.