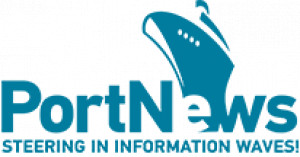 Tree Energy Solutions ("TES"), a world-scale green hydrogen company with a mission to deliver on a net-zero future by decarbonising the energy chain, has successfully concluded its second fundraising round at EUR65m, according to the company's release. This new capital will enable TES to accelerate the clean energy transition by building the world's largest hydrogen projects by 2030. The fundraising attracted a global investor base comprising leading financial institutions and international energy corporations including E.ON, HSBC, UniCredit and Zodiac Maritime.

TES is developing a green energy hub in the German port of Wilhelmshaven, with the goal of supplying 250TWh of green gas annually. The strategy is to develop similar hubs in other European ports and TES will offer affordable green hydrogen, green gas and green power in volumes that will significantly contribute to the decarbonisation of global energy markets. For TES, this involves introducing a circular carbon economy to the hydrogen market by using cutting-edge technologies to combine hydrogen with CO2 to produce synthetic methane.

The company will import green hydrogen and synthetic methane from countries with renewable rich energy generation in order to help diversify Europe's energy supply. Existing pipeline infrastructure can facilitate the cost-effective delivery to end users. TES is already scaling up the production of 5.5 million tons of reliable on-demand green hydrogen in its European Green Energy Hub at Wilhelmshaven.

Initial production and export terminal locations are being developed in the Middle East and North America. The E.ON Group is one of Europe's largest operators of energy networks and energy infrastructure and a provider of innovative customer solutions for 50 million customers. HSBC Holdings plc, the parent company of the HSBC Group, is headquartered in London.

HSBC serves customers worldwide from offices in 64 countries and territories in our geographical regions: Europe, Asia, North America, Latin America, the Middle East and North Africa. With assets of US£2,958 billion at 31 December 2021, HSBC is one of the world's largest banking and financial services organisations. UniCredit is a pan-European Commercial Bank with a unique service offering in Italy, Germany, Central and Eastern Europe.

Zodiac Maritime Ltd. is an international ship management company, headquartered in London with representative offices in Shanghai, Tokyo and Mumbai.