Motorcyclist Injured After Crash With Pick-Up Truck On US-23 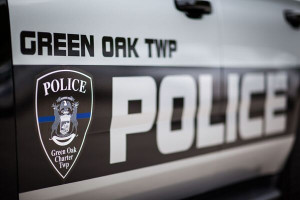 Jessica Mathews / [email protected] A motorcyclist is hospitalized with critical injuries after a crash with a pick-up truck on US-23 Thursday evening. It happened around 6pm.

Green Oak Fire Chief Kevin Gentry says a Livingston County EMS ambulance traveling northbound on US-23, south of M-36, witnessed a motorcycle crash where the cyclist was thrown from his bike and struck the median wall. He says the ambulance crew immediately began treating the injured cyclist and summoned the Green Oak Police and Fire Departments to assist. Gentry tells WHMI the cyclist, an adult male with critical injuries, was transported to the University of Michigan Hospital by the ambulance crew with a firefighter assisting with transport.

The other driver was not injured. Gentry says initial reports indicate that traffic slowed due to congestion and the cyclist, who was reported to not be wearing a helmet, was unable to stop. He struck a vehicle in front of him with his motorcycle and was thrown from the bike.

The accident remains under investigation by the Green Oak Township Police Department and the Livingston County Major Crash Team.