Man Arrested After Trying To Break Into US Military Base To Warn About Aliens: Report 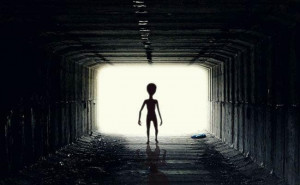 Netizens joked about the alien versus dragon fight wondering who would win the war. (Representative Pic) A 29-year-old man in the United States was recently arrested for breaking into a Space Force Base using a stolen truck to claim he had information from the President about extraterrestrial creatures.  According to Fox35, the man was identified as Corey Johnson from Florida.

He allegedly stole a 2013 Ford F150 several days before heading to Patrick Space Force Base in Brevard County, Florida. He drove to the military base and while gaining entry he told officials that he was on an urgent mission from US President Joe Biden to warn officials about aliens fighting Chinese dragons. Mr Johnson was arrested on Friday and booked into the Brevard County Jail.

He has been charged with grand theft of a motor vehicle. As per local media outlet CBS42, his bond was set at £3,000. Also Read | Scientists Ask For Public's Help After Discovering Mysterious Holes On Atlantic Seafloor

Patrick Space Force Base is home to Space Launch Delta 45 which operates and maintains the Eastern Range missile and rocket launches. The site is located approximately 28 km from Kennedy Space Center.  Once the news broke online about Mr Johnson's arrest, internet users joked about the alien versus dragon fight wondering who would win the war. "Ok, but who won?

Certainly the weaponry of dragons is fairly well-established, unless they're like the ones in How To Train Your Dragon, with aliens being the wildcard (probably) possessing a pretty large technical advantage," wrote one user.

"But wont we all be surprised when the Dragon v Alien fight shows up here on earth," wrote another.

A third jokingly said, "If there is one thing we learned from movies is: listen to that guy !!!!" "Ok but hear him out."