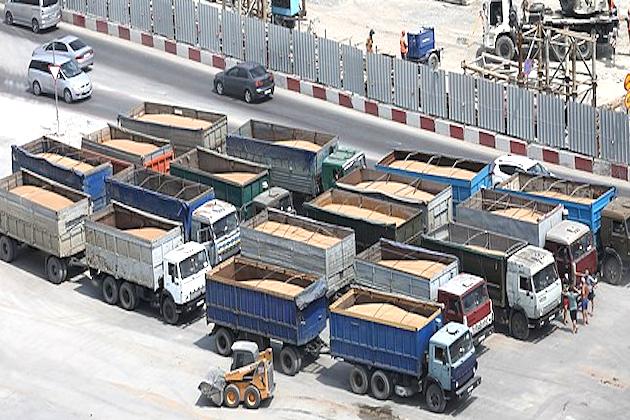 OAKLAND, California: Truck drivers in California protested a new state law, known as AB5, which makes it more difficult for independent drivers to transport goods and could reduce labor at the state's already clogged seaports. The protest at the Oakland, California seaport choked traffic and threatens to worsen national supply chain issues, earlier reduced by the COVID-19 pandemic. California's ports handle about 40 percent of container goods that enter the United States.

Trucking disruptions come at a time when unions and West Coast port employers are also negotiating a high-stakes labor contract. Also known as the "gig worker law", AB5 establishes tougher standards for classifying workers as independent contractors, and those operating under the authority and insurance of hiring companies will be subject to considerable costs and bureaucracy. "They want to eliminate us," said Independent driver and protester Douglas Urtado, as quoted by Reuters.

Wayne Feng, wearing a "No on AB5" T-shirt, told Reuters that the law would be so financially draining that drivers "are not making anything." Last month, the U.S. Supreme Court denied a California Trucking Association petition claiming the law is blocked by federal regulations.

An injunction that put the law on hold could also be lifted, experts said. At the Port of Oakland, more than 100 drivers and small trucking company operators protested outside two terminal gates, slowing truck entries to a trickle. AB5 would devastate his port trucking firm, which relies on 10 independent drivers to move everything from medical equipment to almonds, said 29-year-old business owner Josue Mendez, saying that under the law, "I can no longer hire them."
AB5's supporters, including the Teamsters union that once dominated trucking, say it will crack down on labor abuses.

In a statement, Dee Dee Myers, director of the Governor's Office of Business and Economic Development, said, "Now that the federal courts have rejected the trucking industry's appeals, it is time to move forward."