Canadians could soon experience the latest in ground mobility: a ultra-speed train faster than a jet. Transportation startup TransPod unveiled a small-scaled version of Canada's first-ever hyperloop-a transport system that installs passenger-carrying pods inside sealed, low-pressure tubes to achieve higher speeds. The company is calling its version the FluxJet, promising to carry 54 passengers per pod at 1,000 kph which is three times faster than most high-speed trains and faster than a jet.

"All the hard work over the past few years has led to this milestone moment where talk is becoming a reality. The technology is proven, and we have the confidence of investors, governments, and partners to continue pushing forward to redefine transportation effectively," said CEO Sebastien Gendron. 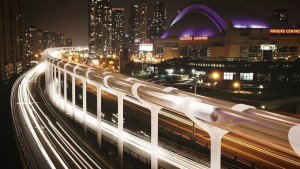 The maiden route of TransPod Line is planned to connect Calgary and Edmonton in Alberta. At the speed it's promising, one could cover the 300-kilometre distance in under 20 minutes.

Passengers will be expected to pay 44% less compared to the airplane ticket for the same route. Beyond that, the fully-electric mobility could cut carbon emissions by 600,000 tons per year. 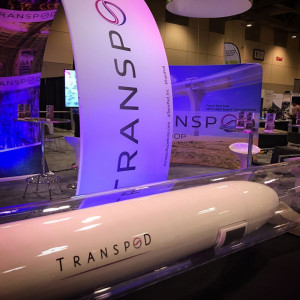 The project is estimated to cost £18 billion and recently got a £550 million investment. Construction is targeted to start by 2027.

Hyperloop is a term coined by SpaceX CEO Elon Musk based on a 1799 concept by English engineer George Medhurst. The company has since then started developing prototypes for different proposed routes while also sponsoring university competition to develop the same. Spanish firm Zeleros and Dutch company Hardt have been advancing the hyperloop transport technology in Europe, with the latter setting its eyes to launch the European Hyperloop Center facility in 2023-a space where developers can test their prototypes.

Information for this briefing was found via Daily Hive and the companies mentioned.

The author has no securities or affiliations related to this organization. Not a recommendation to buy or sell. Always do additional research and consult a professional before purchasing a security.

The author holds no licenses.