Transport Canada probing cause of Tesla fire in Vancouver 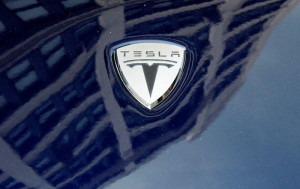 (Reuters) – The Canadian auto safety agency said on Friday it is probing the cause of a Tesla fire in Vancouver that drew attention after the driver struggled to exit the vehicle. Transport Canada said following a May 20 2021 Tesla Model Y fire in Vancouver that it had its contracted collision and defect investigation team “locate and secure the vehicle.” The agency added it “notified Tesla of the incident and is currently making arrangements for a joint inspection of the vehicle in an effort to determine the cause of the fire.

The U.S. National Highway Traffic Safety Administration told Reuters ON Thursday it “is aware of the incident and has reached out to the manufacturer for information.” The Electrek website posted a video of the incident in which the owner said he received an error notification and then saw smoke.

The driver said that to get out he “had to smash the window. … I kicked through the window because everything stops. The power didn’t work.

The door didn’t open. The windows didn’t go down.” Tesla did not respond to a request for comment.