A man with terminal cancer has called for a fairer benefits system for the terminally ill after his life was made “impossible” following his diagnosis. In 2010, Mark Hughes, now 60, was given the devastating news that he had just six months to live. “They found out that I had a tumour the size of a golf ball in my lung,” he said, “but then they told me that the cancer had spread to the lymph nodes.

“Once it gets to the lymph nodes, it’s a ticking time bomb. You don’t know when it’s going to explode.” He added: “The doctor was in tears.

My wife was in tears. But funnily enough, I’d already sort of come to terms with the illness when I was in hospital.”

Mark handed a petition in person to No.

: Student forced to stand outside curry house for hours a day so she can get her visa delivered Mark’s GP recorded that he was terminal, and would never be able to work again.

Thankfully, Mark has survived far longer than doctors expected but his experience trying to access his sickness benefits changed the course of his life. Mark had worked for most of his life as a long distance European truck driver, which typically required him to travel for two to three weeks at a time. He and his wife contacted the Department for Work and Pensions (DWP) to file for sick benefits soon after his diagnosis.

What arrived, said Mark, was a stack of forms “the size of War and Peace”. “My wife is dealing with the news that her husband is going to die. But each form opened up a minefield of other forms.

“You’re getting forms left, right and centre,” he explained. “You’re dealing with so many different departments. Some of them are about 24 pages long. “It’ll say ‘Sorry, you didn’t need to fill in that form,’ ‘Sorry, you’re not eligible for that benefit.’ ‘Sorry, we’ve passed this on to another department.’

“Jane was getting really depressed and upset about it, and I’m getting depressed watching her go downhill. There’s just nothing we can do. 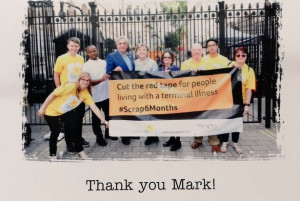 “We got the feeling that it was as though they were trying to grind you down, so that you just give up.” Eventually, not able to navigate the complex process themselves, Mark and his wife received help with the forms from a charity working with the terminally ill.

They were given full benefits and a blue badge. Soon after, a small pension of GBP30,000 arrived at the couples’ house, which they cashed in. Unknowingly, this cut their benefits in half.

“To me, I’ve been working 70 to 80 hours a week, paying my taxes. The Government encourage you to get a pension, they encourage you to save. “But what they don’t say is, when you become terminally ill, if your savings are over the GBP16,000s, you lose half your benefits.”

After this, things began to unravel further. The pair sold their house in Southend. With a terminal diagnosis, it was important to Mark to begin ticking off his bucket list – the first, he noted, was to swim with sharks in Australia.

Visitors from the DWP would visit his home once he’d sold it. “They’d ask, ‘Why did we have so much money? Where had the money come from?'” On another visit, a woman asked, ‘Can you wash?’, ‘Can you dress yourself?’, ‘Can you cook?’

“They told me to answer honestly,” said Mark, “so I did.” 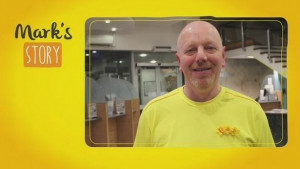 The #Scrap6Months campaign was a success, but Mark says there is more to be done

“I didn’t know that by answering honestly that the points system would go under what it was to require any benefits. “But they stopped them completely.” At that moment, Mark decided to start campaigning.

Chasing the benefits he believed he was entitled to had been a three-year battle. “And this is happening to thousands of people on a daily basis,” he said. He joined a campaign with charity Marie Curie called #Scrap6Months, which called on the DWP to fast track those with terminal illnesses through the benefits system – a privilege that was only granted to those with six months to live. Mark personally handed a petition about the campaign to Number 10 Downing Street.

Since the campaign, the DWP have extended this to those with life sentences of up to 12 months. 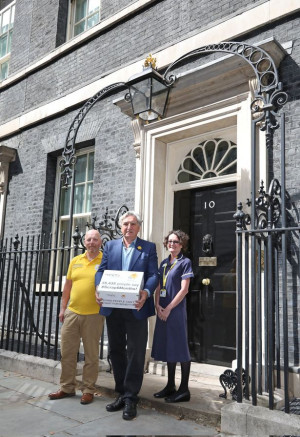 But he doesn’t believe that this is enough. He feels strongly that those who are diagnosed with terminal illnesses should not have to prove this to the DWP – rather it should be automatic once it is on their medical records. “I shouldn’t be having to do those forms proving I’m terminally ill,” he said, “I shouldn’t have to go to the doctors to prove that I’m going to die.”

He references his work with Michelle McCluskey, who’s mother died of cancer, while waiting for the DWP’s response about her benefits. The DWP’s response arrived on the day Christine McCluskey died – and it did not approve her application, the Mirror reported. Mark said Christine experienced “appalling treatment” at the hands of a “broken benefits system”.

“People are relying me to stand up and speak on their behalf,” he said, “because they haven’t got the willpower to do so. “And things need to change.” Mark Jackson, Policy and Public Affairs Manager for England at end of life charity Marie Curie, which campaigned for the change in the six-month rule, said: “Last summer, we welcomed the news that changes would be put in place to the benefits system for people living with a terminal illness.

Get London’s biggest stories straight in your inbox 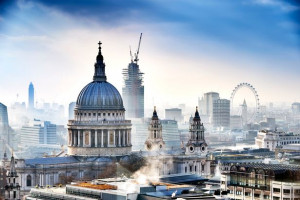 Do you want to stay up to date with the latest news, views, features and opinion from across the city?

MyLondon’s brilliant newsletter The 12 is absolutely jam packed with all the latest to keep you keep you entertained, informed and uplifted. You’ll get 12 stories straight to your inbox at around 12pm. It’s the perfect lunchtime read.

And what’s more – it’s FREE! The MyLondon team tells London stories for Londoners. Our journalists cover all the news you need – from City Hall to your local streets, so you’ll never miss a moment.

Don’t skip a beat and sign up to The 12 newsletter here. “Now the UK Government needs to take action and rapidly move forward with the reforms it has promised. “The sooner these improvements to the benefits system are implemented, the sooner dying people can concentrate on making the most of the time they have left, rather than worrying about whether they will get the support they need.

“At a time when the cost of living is rising dramatically, these changes could not be more urgent. “There is more to be done to improve how the social security system supports terminally ill people, but this is an important first step. “We will continue to work with and push the UK Government to enact legislation quickly to support people during a time when costs of living continue to rise.”

A DWP spokesperson said: “Terminal illness is devastating, and our priority is dealing with people’s claims quickly and compassionately. 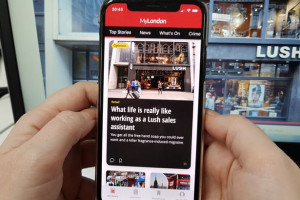 Get the latest London news straight on your phone without having to open your browser – and get all the latest breaking news as notifications on your screen. The MyLondon app gives you all the stories you need to help you keep on top of what’s happening in the best city ever. You can download it on Android here and Apple here.

“Those nearing the end of their lives can get fast-track access to the benefits system, with the majority receiving the highest possible award and paid within three days of making a claim. “We will be extending the current six-month end of life rule to 12-months as soon as possible so more people can get the vital support they need.” Got a story you’d like to share?

Want the latest breaking news, celebrity gossip, or sports news in London straight to your inbox?