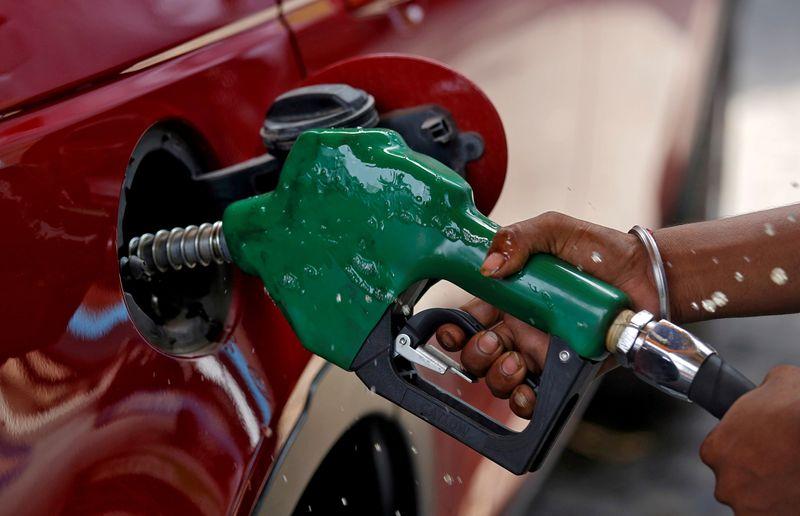 LONDON (Reuters) – Hedge funds boosted their position in petroleum for the third week running, confirming increasing confidence over rising prices for the rest of the year.

FILE PHOTO: A worker holds a nozzle to pump petrol into a vehicle at a fuel station in Mumbai, India, May 21, 2018. REUTERS/Francis Mascarenhas

Though the increases were small, with money managers purchasing the equivalent of 30 million barrels in the six most important petroleum futures and options contracts in the week to April 27, it was still the largest weekly increase since early February.

Purchases over the three most recent weeks have totalled 63 million barrels, according to position records published by ICE Futures Europe and the U.S. Commodity Futures Trading Commission.

Portfolio managers have reversed about half of their net sales in late March and early April, when there were concerns about frothy oil prices and resurgent coronavirus cases (tmsnrt.rs/2PM7zye).

The buying is accelerating, albeit gradually, suggesting traders are growing more confident that global economic activity or petroleum consumption will not suffer a relapse despite new waves of coronavirus infections in some countries.

The most recent week was dominated by purchases of NYMEX and ICE WTI (+15 million barrels) and European gas oil (+11 million), with insignificant changes in the other three contracts.

OPEC+ output restraint despite a strong recovery in oil consumption continues to underpin bullish sentiment that has also been bolstered by slower increases in the number of rigs drilling for oil in the United States.

With policymakers in North America, Europe and Asia focused on increasing employment, the fiscal and monetary policy mix will continue to provide a potent stimulus in the short term.

In the United States, the Federal Reserve, Treasury and White House have all recently confirmed that they are not concerned about inflation despite rising prices.

The result is a tightening of global supply chains for everything from raw materials and bulk freight to intermediate goods such as semiconductors and finished items such as autos, computers and home appliances.

Supply chain shortages are already pushing up prices for a broad range of commodities, intermediates and manufactured products, as well as transport services from shipping to truck haulage.

The impact in oil has been less than for some other raw materials because continued restrictions on international aviation are still hitting jet fuel consumption, though regulations are likely to ease in the second half of the year.

However, the prospect of an inflationary environment will encourage portfolio investors to boost their exposure to inflation-sensitive commodities, including crude and distillates, accelerating and magnifying price rises.

Portfolio managers now hold a combined position across the six contracts of 862 million barrels (the 78th percentile for all weeks since 2013) with longs outnumbering shorts by a ratio of 5.58:1 (the 76th percentile).

Even though crude prices are already trading close to their highest for two years, and near to or above the long-term average in real terms, funds expect a further increase in prices as global manufacturing booms in the months ahead.