WINNIPEG, Manitoba/OTTAWA (Reuters) – After failing to grow wheat in Canada’s subarctic Yukon territory 15 years ago, farmer Steve Mackenzie-Grieve gave it another shot in 2017.

Farmer Steve Mackenzie-Grieve holds some of his wheat yield at the Yukon Grain Farm near Whitehorse, Yukon, Canada February 19, 2020.

Thanks to longer summers, he has reaped three straight harvests. This spring he plans to sow canola on his family’s 450-acre farm near Whitehorse, a city not much further from the North Pole than the heart of Canada’s crop belt Saskatchewan.

“If you asked me five years ago if I would be growing wheat, I’d have laughed,” said Mackenzie-Grieve, 62, who harvested some 100 acres last year. Canada’s average temperature over land has warmed by 1.7 degrees C (3 degrees Fahrenheit) since 1948, with the north warming by 2.3 degrees C, the government said in 2019. More promising for Canada, one of the world’s top grain exporters, is that its frost-free season expanded by more than 20 days on average from 1948-2016, according to a 2018 paper by Environment Canada scientists.

Large-scale farming with quality harvests remains an elusive challenge in the far north, due to short summers and lack of infrastructure to store and transport commodities. But a warming climate makes crops possible in far-flung, isolated places. Newfoundland and Labrador, with a tiny fraction of Canada’s arable land, plan to add farm area the size of Toronto, the nation’s largest city.

The easternmost province has added 184 hectares (455 acres) of land for fruit and vegetable production since 2017, up nearly one-third, by converting public land to grow crops such as cabbages and cranberries. It aims to produce 20% of its own food by 2022 – double the existing rate, and has set aside 62,000 hectares for future farmland. “Climate change will have a very negative climatic, social and economic impact on the province but there still may be some small offset gains by producing food,” said Newfoundland and Labrador Fisheries and Land Resources Minister Gerry Byrne in an interview.

Climate change has made Canada’s food prices “way more volatile” during the past five years, said Sylvain Charlebois, director of the Agri-Food Analytics Lab at Dalhousie University in Nova Scotia. Prices of salad greens, for example, spiked due to droughts or excessive rains in California.

The warming trend has led Santosh Kumar, the scientist who leads Canada’s wheat-breeding program for the northern Prairies, to begin this year assessing test sites further north than ever before. Kumar said Canada is “uniquely suited” to add arable land as it has a lot of permafrost, or ground frozen for at least two years straight, that could thaw and become available.

Russia and Canada have the greatest “frontier area” suitable for agriculture, with 4.3 million and 4.2 million square kilometres respectively, as early as 2060, based on temperature and moisture levels, though not soil suitability, scientific journal PLOS One said in a February paper. For Canada, that means a potential quadrupling of agricultural land. Arable land made up 11% of the world’s land mass in 2016, the most according to United Nations Food and Agriculture Organization records dating back to 1961.

Canada’s arable land has dropped by nearly 5% from a peak in 2001 to 43.8 million hectares. Expansion in Canada would mean less destruction of the Amazon rainforest and other sensitive environments for farming, said Lenore Newman, associate professor of geography and the environment at University of the Fraser Valley. But “hoping for some magical windfall from warming is wishful thinking,” as it is unknown how suitable boreal soils are for agriculture in the Northern Hemisphere, she added.

Expanding arable land can also hurt the environment as it releases carbon from the soil, the PLOS One paper said.

Whether farming in remote areas can be profitable is a key question, Kumar said. “Farmers don’t want to put something in the field just because it can grow.” Chris Oram has cleared five acres of new arable land in Newfoundland in each of the last five years with a government subsidy. He grows modest volumes of corn and melons, covering young shoots in plastic in early spring to trap warmth because of unpredictable weather.

“It has been a bit hotter, but this year we never took a (corn) harvest because it was so cold and wet,” Oram said. 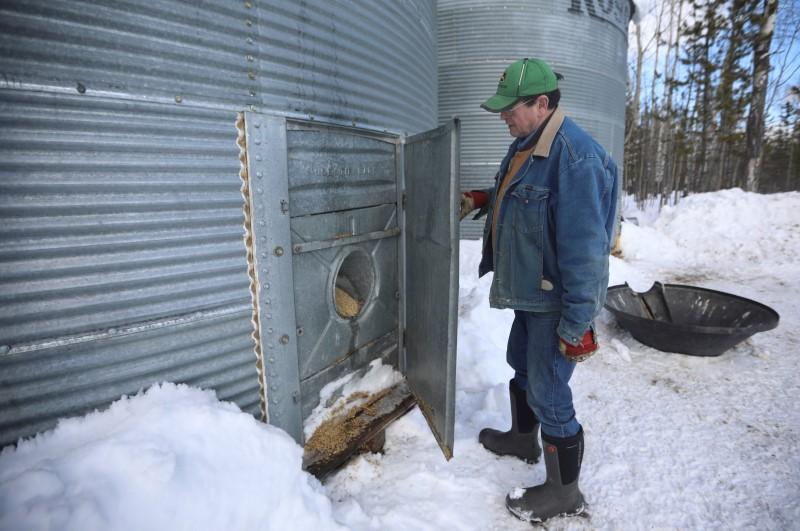 But there are limits to expanding farm production as many vegetable growers in Newfoundland & Labrador have no access to cold storage that would allow them to supply grocers year-round. Much of the Yukon, where Mackenzie-Grieve farms, is too rocky for crops. Unlike southern Canadian farmers, he has no commercial grain handler to buy his wheat, so he blends it in livestock feed that he sells.

“It’s hard to do stuff here.

We’re a long ways from anywhere.

You just figure out how to make it work.”

Reporting by Rod Nickel in Winnipeg, Manitoba and Kelsey Johnson in Ottawa; Editing by Denny Thomas and Richard Chang